The UEFA zone will send 13 teams to the 2022 World Cup in Qatar. Ten will go through the fast track, as top of their respective groups in the qualifying round, and three more will qualify via a play-off. This is how it will work.

The teams from Europe to qualify directly are Denmark, Belgium, France, Croatia, Germany, Serbia, Spain, England, Switzerland and the Netherlands.

The ten second-placed teams will play each other in the World Cup play-offs, from which the last three qualifiers will emerge. But to complete and round off the number of teams to an optimum figure, UEFA will include two Nations League group winners who have not qualified for the World Cup or the play-offs through the normal route.

Portugal, Sweden, Scotland, Scotland, Russia and North Macedonia will contest it as group runners-up, while Austria, fourth in Group F, will do so as champions of Nations League Group B1.

The Alpine side had France, Spain, Italy, Belgium and Wales ahead of them, but all of them are either already qualified for the World Cup or have a chance to qualify. Wales are assured of a play-off place, either as runners-up in their group or via the Nations League.

Hungary, Slovenia, Montenegro, Albania, Armenia, Gibraltar and the Faroe Islands, the other winners of their groups in this tournament, are out.

The draw will take place on Friday 26th November in Zurich.

The 12 teams that have qualified for the play-offs are: Portugal, Sweden, Italy, Ukraine, Wales, Scotland, Turkey, Russia, Poland, North Macedonia, Austria and Czech Republic (the latter two via the Nations League).

These are the teams that have qualified for the play-offs: 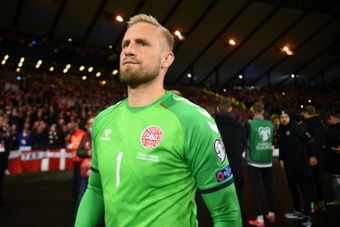