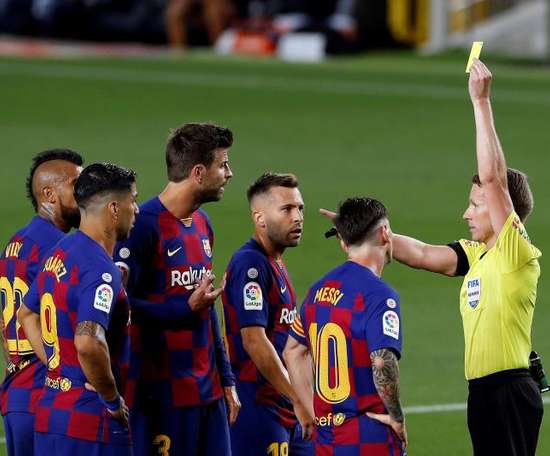 Barcelona are on yellow alert, that hackneyed expression used in football journalism to warn that they have players one yellow away from a b... 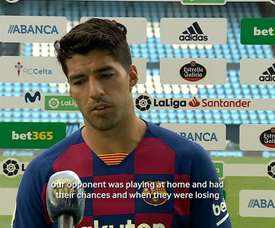 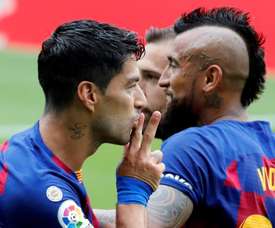 Suarez's dig at Setien: "What's wrong with us? That's what coaches are for" 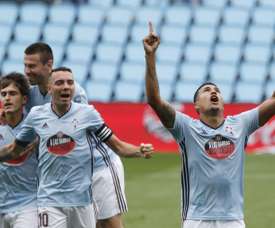 On Tuesday it was again possible to see how the connection between Leo Messi, Luis Suárez and Antoine Griezmann still isn't working perfectly. Beyond the feelings, the data says so. 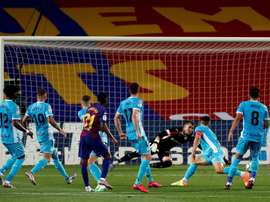 Neither Messi nor Suarez: Ansu Fati is Barca's most clinical striker

Ansu Fati once again scored for Barcelona, this time against Leganes. The Barca academy player is the man with the best shots on target/goal average out of the whole squad. 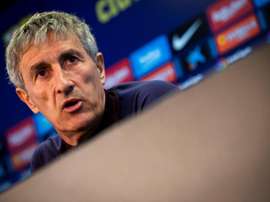 "I haven't decided whether Luis Suarez will start"

Barcelona manager Quique Setién held a press conference to speak about the team's next match, against Leganés this Tuesday 16 of June in the Camp Nou. The coach was questioned about the starting lineup, particularly Luis Suárez's presence in the next match, but he admitted that he hasn't decided yet.

"Suárez is ready to start, but not for the whole match"

Quique Setién said that Suárez is likely to play. Meanwhile, Lionel Messi will know how to manage his own fitness through La Liga's rapid end to the season but has no injury problems ahead of Barcelona's return against Real Mallorca on Saturday. 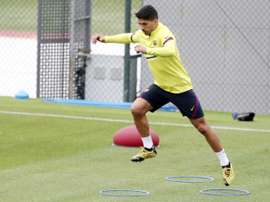 "Lautaro? Suárez is a general, we can't take his stripes off him yet"

Samuel Eto'o analysed the goings-on at Barcelona and recommended that Xavi be manager when "Messi is still on the pitch because everything will be easier for him". 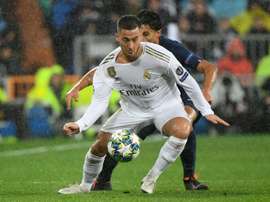 When La Liga stopped they were not expected to play any part in the rest of the title race but when the season resumes on Thursday, Eden Hazard and Luis Suarez could be set to decide it.Â 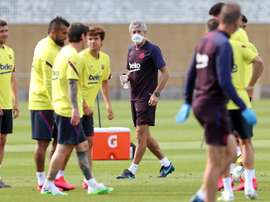 "Messi will play in Mallorca; Suarez could start"

Quique Setien has given some clues on his line-up for Barcelona's first La Liga game back. He explained that Leo Messi will be 100% for the match at Son Moix and that Luis Suarez will play, but not the 90 minutes.

Messi and Suarez made their debut at the club 10 years apart and Barça's success largely depends on their goals. 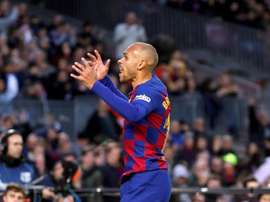 "Messi is an inspiration, I want to learn from Suárez"

The return of Luis Suárez has taken more of the limelight away from Martin Braithwaite, but it's a good fit for the Dane. He wants to make the most of his experience at Barcelona as much as possible, learning first hand from the best. 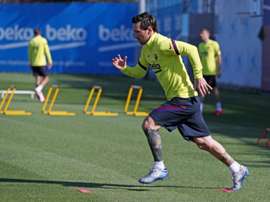 The Barcelona manager is calm with Leo Messi's progress and sees him playing in the restart against Mallorca. In addition, he believes Luis Suarez is doing "better than we expected" and could even put him in the starting line-up.

Five months after his last game, Luis Suarez is now ready to play again. Barcelona announced that he has been given the all clear and so he will be able to feature in the trip to Mallorca if Setien decides to select him.

Barcelona got the bad news about Leo Messi's injury on Friday, but the good news of the more than possible return of Suárez for the first match after the break. And the Uruguayan isn't just a guaranteed goalscorer, his goals usually mean three points, because when he scores, Barca almost always win. 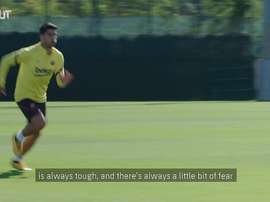 'i am enjoying training with my team mates again'

The Uruguayan striker spoke about recovering from his injury, the return of LaLiga and the next personal and team challenges. Suárez states: 'I feel very good, adapting to training with my team-mates. Returning after an injury is always difficult, because you are a little scared but I'm enjoying being back.'