Flamengo and LDU Quito sensationally advanced to the Copa Libertadores last 16 at the expense of Penarol on a dramatic final day in Group D.

On matchday six, Flamengo drew 0-0 with Penarol and LDU Quito scored four goals in the final 25 minutes in their 4-0 rout of lowly San Jose on Wednesday.

The results left all three teams on 10 points but Flamengo (+6) and LDU Quito (+4) pipped Penarol (+2) on goal difference.

Neither Penarol nor Brazilian visitors Flamengo could find a goal in Montevideo, where both teams finished with 10 men.

Flamengo's Para was sent off for a second yellow card just past the hour and Penarol's Giovanni Gonzalez followed in the fifth minute of stoppage time.

Despite the stalemate in Uruguay, 1981 champions Flamengo joined fellow Brazilian sides Palmeiras, Cruzeiro, Internacional, Athletico Paranaense and Gremio in the round of 16.

LDU Quito – the 2008 champions – also advanced as Penarol dropped down to the Copa Sudamericana thanks to Anderson Julio's second-half hat-trick.

After Cristian Martinez broke the deadlock in the 65th minute, Julio scored three goals in 20 minutes to send the Ecuadorians through.

Elsewhere, Emelec progressed to the knockout round as Deportivo Lara lost in Group B.

A 90th-minute penalty from Brayan Angulo saw Emelec claim a dramatic 2-1 win at Cruzeiro, who were already assured of a last-16 berth.

Luiz Felipe Scolari's Palmeiras ended their Group F campaign with a 1-0 victory against fellow round of 16-bound outfit San Lorenzo.

In the other Group F match, Melgar defeated hosts Junior 1-0.

Meanwhile, Gremio beat Universidad Catolica 2-0 to join Group H winners Libertad – who lost 2-1 to Rosario Central – in the next round. 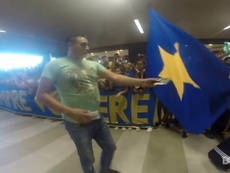 VIDEO: When Tigres fans sent off their team ahead of the 2015 Libertadores Final 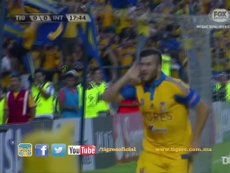 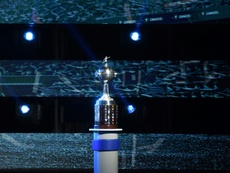 Copa Libertadores now has dates and times for group stages 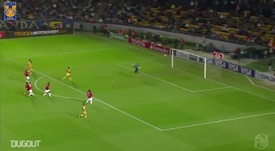