Bayern Munich have been crowned Bundesliga champions for a record seventh successive year thanks to a 5-1 win over Eintracht Frankfurt on Saturday.

Kingsley Coman opened the scoring on 4 minutes, before Serge Gnabry had a goal disallowed half an hour later. Frankfurt then bagged a scrappy goal through Sebastien Haller to briefly make it tense at the Allianz.

Then the floodgates opened, and goals from David Alaba and Renato Sanches made it comfortable, before Franck Ribery scored a wonder goal in his final Bayern appearance, with Arjen Robben then scoring the 5th to cap a perfect farewell for the two legendary wingers.

Borussia Dortmund were also victorious, but required a Bayern defeat to win the league title. 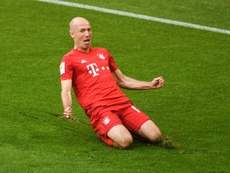 Robben and Ribery score on farewell as Bayern win title 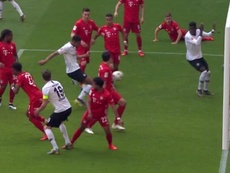 Bayern's title was under threat... for just a minute! 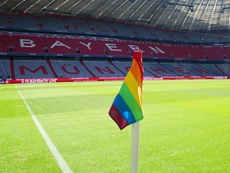 Rainbow corner flags to be used at Bayern Munich 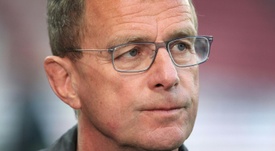 Bayern and Dortmund go for glory