The 2019 champions struck through Bafetimbi Gomis and Salem al-Dawsari either side of the break in Dubai to become the first team to make the last eight phase of the Covid-19 impacted tournament.

The Asian Football Confederation trimmed the knockout stage to just one leg to make up for lost time with the last-16 matches to be completed over three days ending on Wednesday.

Al Hilal won the title two years ago but were dramatically kicked out of the tournament last year after several players tested positive for coronavirus. They have now qualified for the last eight five times in eight years.

But on Monday they were clearly a cut above Esteghlal who fielded several new players after 12 of the squad that played in the earlier rounds left the club ahead of the new Iran Pro League season.

The revamped side tested the accomplished Saudis.

Siavash Yazdani headed wide in the 16th minute and later Al Hilal goalkeeper Abdullah al-Mayouf had to be at his best to stop a thundering volley from Amir Arsalan Motahari.

Al Hilal broke the deadlock in the 39th minute with Gomis living up to his reputation as one of the most feared forwards in Asian football.

Al Hilal were even more dominant in the second half with al-Dawsari testing Hosseini early. The young Saudi star then scored in the 56th minute as he scored with ease on a pass from Frenchman Moussa Marega. 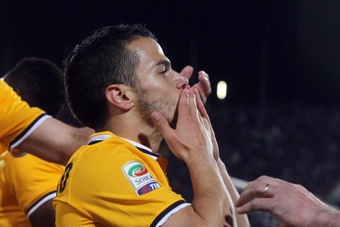