Sergio Ramos has finally been left out of Real Madrid's squad list for the game against Shakhtar Donetsk. That is 'Los Blancos' opening match of the 2020-21 Champions League.

Sergio Ramos will finally not play for Real Madrid in their first Champions League game. The Real Madrid central defender has not overcome the problems in his left knee and he is not in the squad for the encounter with Shakhtar Donetsk.

The Real Madrid captain suffered a blow to that area against Cadiz. In the following days, it seemed like the chances of him being fit for the game were reducing. Finally, this Tuesday, his absence was confirmed. It will be the second Champions League game in a row he will have missed after sitting out the second leg of the City tie last season through suspension.

In fact, the defender trained this Tuesday in the gym so the news was coming. "We are going to risk anybody", he said, and in the end he has not been risked.

Ramos will not play despite the importance of the clash and the team's loss to Cadiz. But 'El Clasico' awaits this Saturday so he will do everything possible to be ready for the Barca clash at the Camp Nou.

Real Madrid have 19 players in the squad released by the club on Tuesday afternoon. As well as the defender, Hazard, Carvajal. Odegaard, Mariano and Odriozola are also out injured. 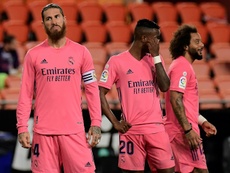 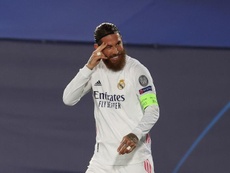 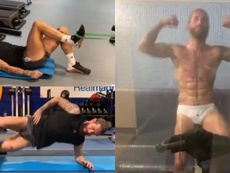 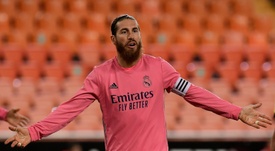