Sergi Roberto took to Twitter to show his confusion about being left out of Spain's World Cup squad for Russia.

Dani Carvajal and Real Sociedad's Alvaro Odriozola were given the nod ahead of Roberto in Julen Lopetegui's 23-man list for this summer's tournament.

However, considering the Barcelona full-back was chosen in UEFA's La Liga Team of the Year ahead of his two compatriots, many are stumped as to why Roberto was omitted.

Sharing the sentiments, the 26-year-old took to Twitter to express his confusion. After posting a picture of a boat to indicate that he was on vacation, Roberto stuck the knife in further.

Following UEFA's team announcement, the defender retweeted the news onto his account with a shrugging emoji, suggesting he hasn't taken the news all that well. 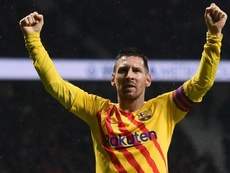 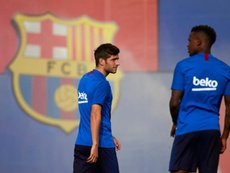 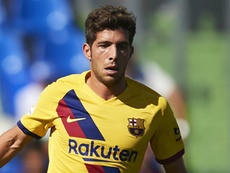 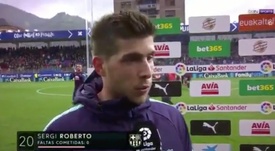