Atalanta have no points after two Champions League matches, but Gian Piero Gasperini does not believe his side are inferior to opponents.

Gian Piero Gasperini denied Atalanta are not cut out for the Champions League as he hailed the team's performance despite a 2-1 defeat to Shakhtar Donetsk.

Atalanta provided a fine response to their previous Group C 4-0 humbling by Dinamo Zagreb and spent almost all the second half against Shakhtar chasing a winner, having seen Duvan Zapata's opener cancelled out by Moraes before the break.

Gasperini's men stay bottom of the group without a point, but the head coach remained positive.

"We played an excellent game, but unfortunately the result means the performance may not be given the credit it deserves," he told a news conference.

"I am only sorry for the defeat. The performance was very, very positive against a strong team."

Asked what the difference was between Atalanta and their experienced Champions League opponents, Gasperini reiterated he did not believe there was any gulf in class.

"We were equal this evening, but the result means there is a risk it will be interpreted otherwise," he said.

"We were at least on par, if not better in so many circumstances than Shakhtar, who are a good team. The defeat came in the five seconds at the end - make a mea culpa of that.

"It was a great game played by two teams who were looking to win. It was a balanced game but, from our point of view, we didn't recover the second balls in the second half.

"These games go down to the wire, where the small details determine the result. But we leave satisfied - both I and the Shakhtar coach - with the performance."

Gasperini added: "They tried to exploit us on the counter-attack - maybe because they couldn't do anything else. I saw the highlights and we had several chances. I don't think it has anything to do with experience."

But Shakhtar coach Luis Castro pointed to his side's top-level experience as they dealt with Atalanta's threat, while he was delighted to see his late tactical changes pay off.

Dodo had emerged from the bench a matter of seconds before launching the counter-attack that led to fellow substitute Solomon striking.

"I want to congratulate the team on a fantastic victory, a beautiful game," Castro said. "I am very happy. "We made all the substitutions to strengthen the attack and it worked. We had to be strategic and tactical to win. The first 15 minutes were difficult as Atalanta created big problems.

"Our team definitely have more experience playing in the Champions League. We stayed patient and we were able to manage the problems.

"In the first 15 minutes, you saw the situation on the pitch and we knew that this energy would end sooner or later." 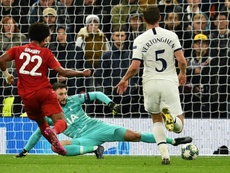 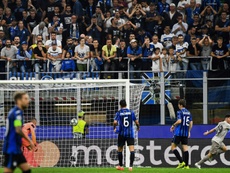 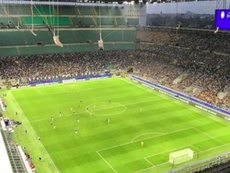 San Siro not even half full for Atalanta match 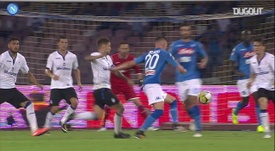