The Netherlands warmed up for a vital 2018 World Cup qualifier next week with an emphatic 5-0 friendly win against Ivory Coast on Sunday.

The Dutch are struggling to make it to Russia next year, placed only fourth in Group A on seven points behind leaders France (13) Sweden (10) and Bulgaria (9).

With Dick Advocaat officially becoming their new manager on Tuesday it was assistant Fred Grim in charge for the Rotterdam encounter against an Ivory Coast side now coached by former Belgium boss Marc Wilmots.

Capitalising on defensive errors Holland went into the break three goals to the good thanks to a double from Joel Veltman and a penalty from Arjen Robben. Davy Klaassen and Vincent Janssen completed the scoring deep in the second half.

Advocaat takes charge of the national side for the third time.

His first match in charge is the all important qualifier against Luxembourg next Friday, with France in Stockholm to take on Sweden.

"We have to pray that France beat the Scandinavians," said Dutch captain Robben.

"If we beat Luxembourg then we can still envisage taking second place to go into the play-offs."

Advocaat and former Ballon d'Or winner Ruud GullitÂ as assistant were drafted in on a "short-term" rescue mission by the Dutch federation, with the pair signing contracts through until the end of the year.

Advocaat, a renowned disciplinarian, replaced Danny Blind after he was sacked in March following a 2-0 defeat in Bulgaria.

Grim said: "Dick Advocaat arrives Tuesday to coach the team. I think I've done good work to prepare the ground for him.

"This win will give us confidence before the Luxembourg match which we absolutely have to win on Friday."

Over in Dublin meanwhile, Ireland carved out a morale-boosting 3-1 win over Uruguay, ahead of their World Cup qualifier against Austria in Dublin.

Ireland had taken a 28th-minute lead through skipper Jonathan Walters, with Jose Gimenez levelling before the break.

Christie's strike and a third from substitute James McClean rounded off a pleasing night for manager Martin O'Neill.

Ireland are on 11 points with Serbia who top Group D on goal difference. The Austrians are placed fourth, on seven points. 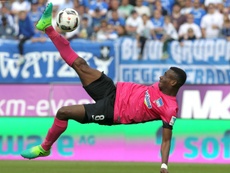 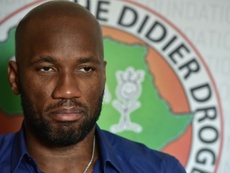 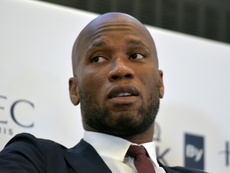 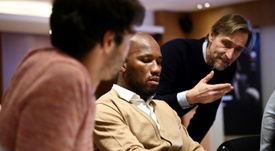