Arsene Wenger avoided more humiliation as troubled Arsenal moved into the FA Cup semi-finals with a 5-0 win against minnows Lincoln, while Manchester City joined the Gunners in the last four after a 2-0 victory at Middlesbrough on Saturday.

Under heavy fire after Tuesday's dismal Champions League exit against Bayern Munich, Wenger was given some much-needed breathing space by his side's quarter-final victory over the plucky non-leaguers.

Alexis Sanchez and Aaron Ramsey were also on the scoresheet as Arsenal sealed their place in next month's semi-finals at Wembley.

For the second time in five days, Arsenal fans staged a pre-match protest march calling for Wenger to resign and the Frenchman could ill-afford what would have been the FA Cup's greatest upset.

Fifth tier leaders Lincoln were the first non-league team to reach the FA Cup quarter-finals in 103 years after a shock win over top-flight side Burnley in the fifth round.

And although Lincoln are 87 places below Arsenal in the league pyramid, there was no sign of that vast gulf in class in the first half, with Nathan Arnold almost giving them a shock lead when his shot brought a fine save from Petr Cech.

The chastening 5-1 loss to Bayern was Arsenal's fifth defeat in their seven games and they looked bereft of confidence for long periods.

Wenger's luck finally took a turn for the better in first half stoppage-time when Walcott's shot took a large deflection off Lincoln's Sam Habergham on its way into the net.

That settled Arsenal's nerves and Giroud doubled the lead when he slotted home from Hector Bellerin's cross in the 53rd minute before Waterfall glanced Kieran Gibbs' cross into his own net five minutes later.

Sanchez curled in the fourth in the 72nd minute and Ramsey made it five three minutes later.

Hoping to win the FA Cup a seventh time in his 21-year reign, Wenger could yet end one of his most difficult seasons with silverware.

City cruised into the semi-finals with a commanding victory at the Riverside Stadium as Pep Guardiola showed he is taking the competition seriously.

David Silva opened the scoring in the third minute and Sergio Aguero's clinical finish in the 67th minute ensured City advanced to next month's semi-finals at Wembley.

City boss Guardiola, chasing his first trophy in England, was rewarded for naming all his stars despite having to defend a 5-3 lead at Monaco in a decisive Champions League last 16 second leg on Wednesday.

"We're so happy to be through because to reach the semi-finals of this competition is so complicated," Guardiola said.

"We produced a good performance today. We were there from the first minute. The first goal was important but it was down to how we approached the game.

"Now we recover good to play another big game on Wednesday." 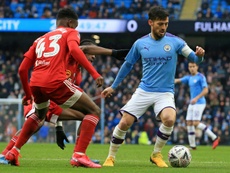 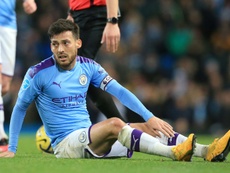 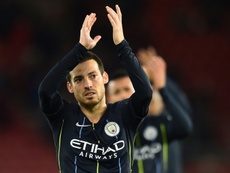 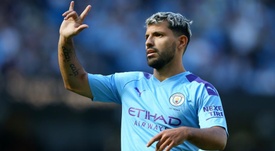 'Fantastic' Lampard's impact at Chelsea no surprise to Silva