Real Madrid dropped two points at home to relegation threatened Celta Vigo after an 85th minute strike by Santi Mina. Mina, who had just come on two minutes beforehand, hit home after a splendid pass by another substitute, Dennis Suarez. It gave the away side a vital point in their survival battle while Real's lead at the top has been cut to one point.

Things started badly for Zidane's men when Iago Aspas played in Smolov in the seventh minute, who slotted past Thibaut Courtois, but Kroos' goal seven minutes into the second half drew Real level. In the 64th minute, goalkeeper Ruben Blanco needlessly felled Hazard, returning after two months out, in the Celta area and Sergio Ramos made no mistake from 12 yards. The hosts looked to be in control, but they did not get a third and Mina made them pay for that late on. However, a positive Real Madrid in the second half was preceded by a poor showing in the first period.

They sent in plenty of crosses into the box, but Celta dealt with all them with ease. In fact, Real did not have a shot on target in the opening 45. Even their seven efforts off target were hardly threatening. Casemiro came the closest for 'Los Blancos' first with a header from a corner and then when he tried his luck from distance in the 17th minute.

In fact, it could have been worse for Real because two minutes before half-time, Aidoo headed Olaza's corner at the far post and Thibaut Courtois had to make a tremendous save to prevent it being 0-2. In the second half, it was different story though.

Sergio Ramos scored in the 49th minute with a volley after a pass by Bale, but the ex-Sevilla man was offside and the flag went up. Just a few minutes later, they did get their leveller though when Benzema passed for Marcelo and the Brazilian cut back for Kroos from the byline. The German fired home and they kicked on from there. They were the better team, but Celta were good in defence. 12 minutes later, they were gifted a penalty.

Benzema passed the ball to Eden Hazard, the ball was heading out for a goal kick and Ruben neeedlessly brought down the Belgian. The referee spotted the offence and gave a penalty. Sergio Ramos converted it despite the goalie going the right way and there looked no way back for the away side given what we had seen.

Celta Vigo hardly threatened Courtois' goal, but Real Madrid made the mistake of not going for a third. Celta coach Oscar Garcia brought on Dennis Suarez 20 minutes from time and then Santi Mina in the 83rd minute. Those two subs ended up being decisive in the final result. Two minutes after Mina's introduction, Suarez played a fantastic pass for Mina when nothing looked on and Mina kept his cool to make it 2-2, It was a bitter blow for Real Madrid as they had the game under control.

Real Madrid tried to find a late winner, but time was against them. Benzema hit wide a cross in the 88th minute and then in stoppage time, the Celta goalkeeper had to make a fantastic save to deny Benzema. Celta were not content just with the draw though. They had a couple of dangerous attacks looking for a winner. It was end to end in the final few minutes, but there were no major chances to speak of.

Celta's draw takes them out of the relegation zone ahead of Mallorca on goal difference while Real Madrid are just one point ahead of Barcelona at the top. Celta's next match is a relegation six pointer with Leganes while Real Madrid's final match before the Champions League meeting with Man City is a trip to Levante. 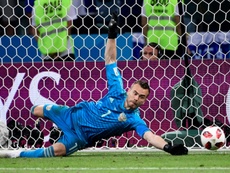 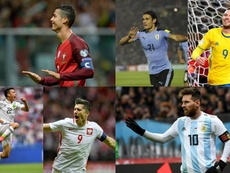 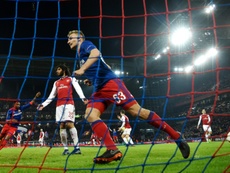 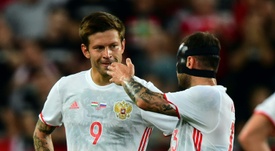