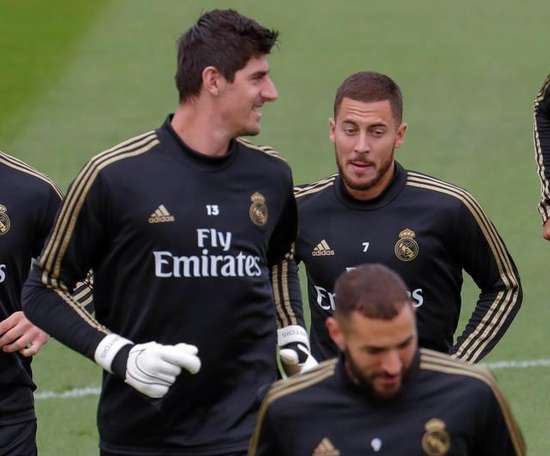 Goalkeeper Thibaut Courtois has analysed Real Madrid's Champions League clash with Man City and said that people should not compare him with... 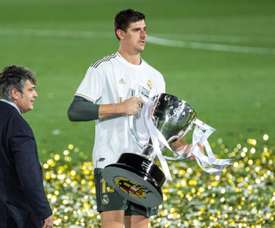 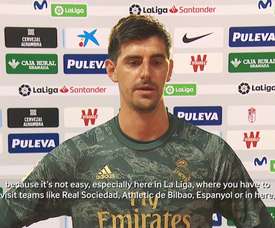 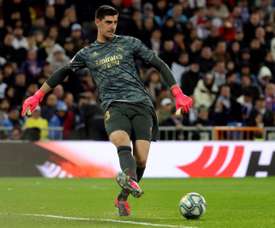 Courtois on way to making history at Madrid 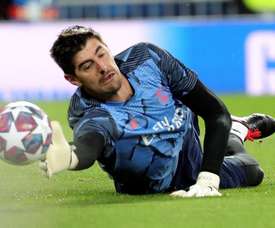 Courtois is officially the best goalkeeper in Europe 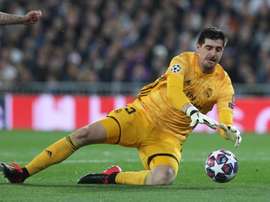 The Belgian Thibaut Courtois, the Real Madrid goalkeeper says he feels "prepared for what is to come," the resumption of La Liga in the coming weeks, in which Real Madrid will try and go ahead of Barcelona and win the title.

"I haven't lost the feel of the ball with my hand"

Belgium's Thibaut Courtois, Real Madrid goalkeeper's, has said he feels "prepared for what lies ahead", the resumption of La Liga in the coming weeks, when the team will try to beat Barcelona and win the title.

Courtois: "We can't wait to restart LaLiga and we'll fight hard to win it” 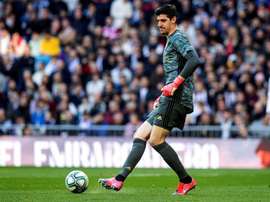 "I didn't say that Madrid would be crowned champions if La Liga was declared over."

Real Madrid returned to training. Their goalkeeper, Thibaut Courtois, told how the return was after training and made the most of it to explain his words about the possibility of Barcelona being given La Liga if the season is declared over. 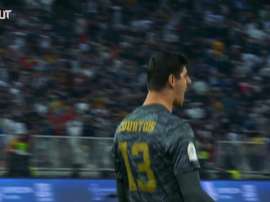 Thibaut Courtois has made some key saves in his two seasons with Real Madrid. 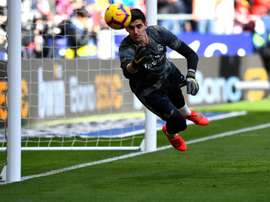 "Barca champions? We've been better than them"

Thibaut Courtois spoke to 'RFTB' on how the league title could be decided as a result of the coronavirus pandemic and he was against Barcelona being awarded the title if no more play was possible. 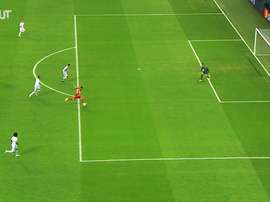 Thibaut Courtois's second season at Real Madrid stands out. The goalkeeper has been able to keep a clean sheet for 15 games this season.

Real Madrid informed of Courtois and Marcelo's conditions on Tuesday, who have it very complicated, if not impossible, to be back for the Champions League 2nd leg against Manchester City. 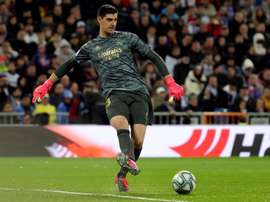 Real Madrid goalkeeper Thibaut Courtois is reportedly 'doubtful' to play against Manchester City in the Champions League next week after limping off after Los Blanco's shock defeat to Betis. 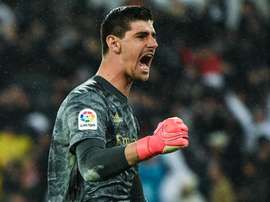 Real Madrid got their tactics spot on against Barcelona but they cannot afford to slow down after going top, says Thibaut Courtois. 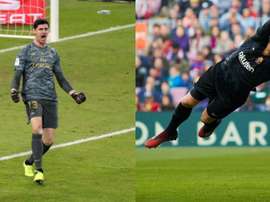 A battle of goalkeepers

Thibaut Courtois and Marc-André ter Stegen will be meeting this Sunday for a season-defining clash, and with their team's current form, they could end up becoming the protagonists. 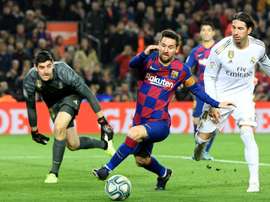 "Nightmares of Messi? No, never"

Surprising words from Thibaut Courtois in relation to Leo Messi before the Real Madrid v Barcelona match. The Belgian confessed that he studies the Argentine but like anyone else. 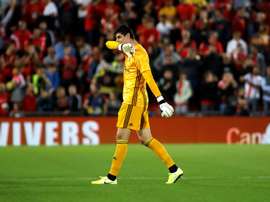 Referee Hernandez Hernandez included in his match report that Thibaut Courtois complained to him during the Levante v Real Madrid match. The Belgian said he had been targeted by a laser pen from the stands. 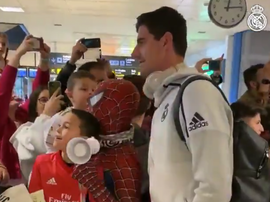 Spiderman asks for photo with Courtois

It was the carnival in Spain and you could tell it was as Real Madrid arrived in Valencia to face Levante. After disembarking the aeroplane, one of the most striking images was Courtois taking a photo... with Spiderman.