England manager Gareth Southgate pledged to stand by Harry Maguire after the defender was sent off during Wednesday's 1-0 Nations League defeat to Denmark.

Manchester United captain Maguire collected a pair of first-half bookings for rash challenges on Yussuf Poulsen and Kasper Dolberg to continue a miserable few weeks on and off the field.

Christian Eriksen scored the only goal for Denmark shortly afterwards, dispatching a 35th-minute penalty after Kyle Walker was harshly adjudged to have impeded Thomas Delaney.

Southgate praised England's performance with 10 men and felt they had "come through as a more resilient group" after an international break that also featured wins over Wales and Belgium.

But much of the conversation afterwards centred upon Maguire, who missed England's September internationals after being arrested while on holiday in Greece and found guilty of assault and attempted bribery.

The 27-year-old's appeal and pending retrial nullifies that conviction, but he has struggled to find solace in his football amid a ragged opening to 2020-21 with United, who lost 6-1 to Tottenham in their last Premier League outing.

"He's a top player. He's a massive part of what we do," Southgate told Sky Sports.

"He's having a period where he's having a lot of sticks thrown his way. He's big enough to come through that. He has our support and his club will be the same

"We have total belief in him. He's been getting all sorts for a while, from some people who should know better.

"None of us like to be in the centre of that sort of storm. When you're a bit older you can rationalise it and come to terms with it. He's experiencing it for the first time, although no player gets to the level he's been without having setbacks.

"His profile has changed because of the club he plays at and his success with us. He's got to keep going and the tide will turn."

Debutant Reece James also received a red card for dissent after full-time, while Walker was dismissed during England's 1-0 win over Iceland last month.

The Manchester City full-back's penalty concession was the third time England have afforded opponents a chance from 12 yards during the Nations League.

Phil Foden, Mason Greenwood, Jadon Sancho, Tammy Abraham and Ben Chilwell have all been missing at various stages of the Nations League campaign due to violating coronavirus protocols and Southgate conceded questions were there to be asked of the discipline in his squad.

"It's an obvious question that we're going to be asked. We've put ourselves in unnecessary situations off the field," Southgate added.

"We've got to learn from it because if you go to 10 men in a tournament, historically that means we're out, especially if you're doing it for an hour.

"That why I'm so pleased with the reaction of the players at the end."

Southgate also reserved praise for Chelsea full-back James, who impressed on his full England debut before erring in the aftermath of the final whistle.

"That's a lesson he's got to learn. He had an incredible debut, he's impressed me all week," he said.

"Until that moment he'd showed great maturity. It's ended up something that shouldn't have happened but for the overall week he's made a positive impression." 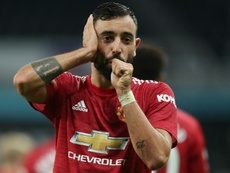 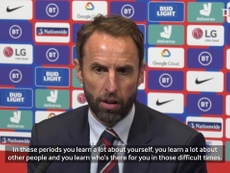 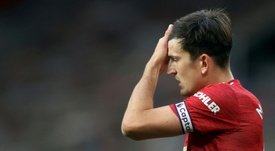 Maguire will bounce back after setbacks: Solskjaer