Holland's Ronald Koeman is in a stable condition after undergoing heart surgery in Amsterdam on Sunday.

The 57-year-old was taken from his home by ambulance after feeling pain in his chest during a bike ride, his management company said in a statement.

He underwent a successful 'heart catheterization' and will return home Monday.

Business manager Rob Jansen said: 'We are shocked and wish him a good recovery'.

On Sunday evening the Dutch FA tweeted: 'That is a shock. Fortunately things are going better again. Much strength and improvement, coach.'

Koeman has been the Dutch coach for just over two years and helped the country to qualify for Euro 2020, which has been postponed to next year due to the coronavirus pandemic.

The former international defender, who as a player won the European Cup with both PSV Eindhoven and Barcelona, managed Everton before he took charge of his native country's national team. 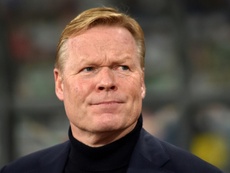 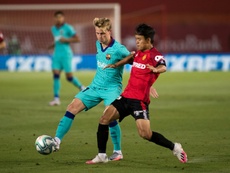 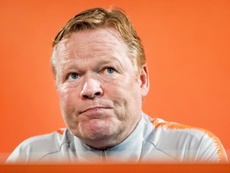 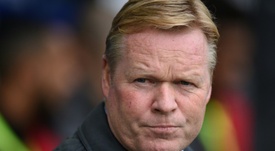 Koeman now discharged from hospital: "I'm as fit as a fiddle"