"It's an amazing feeling to get two goals in the derby," Piatek told broadcaster DAZN.

Union's eight-match unbeaten run came to an abrupt end behind closed doors at the Olympic Stadium as Hertha enjoyed their first home win this season.

Union played for more than an hour with ten men after midfielder Robert Andrich was shown a straight red for going into a challenge with his foot up.

Union took the lead when Nigeria striker Taiwo Awoniyi got between two defenders and hit the bottom corner of the net on 20 minutes.

However, Union were down to ten men just three minutes later.

Andrich went into a tackle on Hertha midfielder Lucas Tousart with his foot up, making no attempt to pull out of the challenge.

It stayed 1-0 at the break, but the numerical disadvantage took its toll on Union asÂ Piatek came off the bench at half-time and Hertha managed three unanswered goals.

They equalised when Matheus Cunha shot from range and although his shot was parried, right-back Peter Pekarik was on hand to tap home the rebound.

It was 2-0 on 74 minutes when Piatek's shot deflected off defender Marvin Friedrich and wrong-footed Union goalkeeper Andreas Luthe.

Piatek grabbed his second in style 13 minutes from time when he smashed a volley past Luthe.

The visitor's miserable night was summed up when Union's former Germany striker Max Kruse limped off with a knee injury in added time.

The result lifts Hertha to 11th in the table with Union sixth. 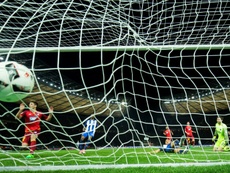 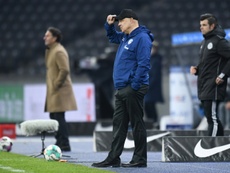 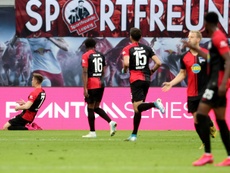 Milik and Piatek on Fiorentina's agenda for January 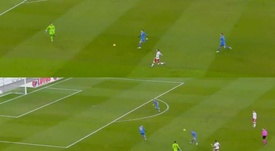 Lunin comes out, misses and leaves Piatek with an open goal