Harry Maguire has been buoyed by the form of Manchester United's attack as the Red Devils set their sights on the Premier League's top four.

Manchester United have the firepower to push for a top-four finish in the Premier League, says Harry Maguire, but the defender stated Ole Gunnar Solskjaer's side must not get ahead of themselves.

United claimed their second successive victory as they secured a 2-1 derby victory over Manchester City on Saturday, three days after defeating Tottenham - managed by former boss Jose Mourinho - by the same scoreline.

The wins have taken United up to fifth, five points shy of fourth-place Chelsea, who on Saturday lost 3-1 to managerless Everton - United's next opponents in the league.

With Marcus Rashford having already matched his total tally of league goals from last season and Anthony Martial having netted what proved to be the winner against City, Maguire believes United's frontline has the quality to push them towards Champions League qualification.

However, the England centre-back is adamant United's squad will stay grounded, with the league outside of the top four still heavily congested.

"I think you need to look after your own results, don't look elsewhere, keep winning games," Maguire told Sky Sports. "We've won back-to-back games against Spurs and City. We've got another big game next week now.

"The top four is in sight but we just keep looking after our own results, keep trying to get the three points and keep improving.

"Over the last month or so, I feel like as a defender I look at the forwards and think they're going to score goals.

"At the start of the season, we didn't really score more than one goal in a game but now I think it's a few games on the spin where we're back to scoring goals.

"They're a big threat, they're top players, great talent and I think it's all coming together now."

Before hosting Everton on Sunday, United face AZ in their final Europa League group match, with an EFL Cup quarter-final against Colchester United coming up prior to the festive period. 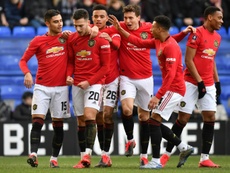 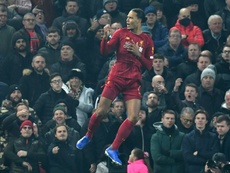 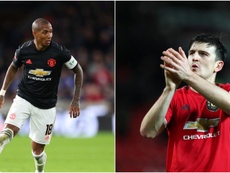 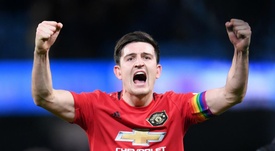 Maguire back for United

Solskjaer: Warrior Maguire could be fit to face Norwich