A first-half brace from Olivier Giroud and further goals from Callum Hudson-Odoi and Alvaro Morata helped Chelsea to a routine win over PAOK at Stamford Bridge on Tuesday night as they continued their 100% Europa League record so far this season.

The Greek side made the trip to the English capital looking for a win to breathe life into their European campaign, only to be hamstrung by the early red card issued to Yevhen Khacheridi.

The defender was dismissed with just seven minutes on the clock for bringing down Giroud and the bustling Frenchman continued to be a thorn in the visitors' side throughout.

Giroud fizzed a sighter over the bar from a narrow angle after being found by Hudson-Odoi.

The youngster, making his first start since the Community Shield, twice went close himself and Ruben Loftus-Cheek saw a fierce effort brilliantly kept out by Alexandros Paschalakis.

The away side never looked likely to hold off the relentless waves of Chelsea pressure for too long, though, and so it proved as Chelsea found their first with 27 minutes gone.

Pedro was picked out over the top by Cesc Fabregas, with the winger opting to hold up play and wait for support.

Giroud was quickly on the scene, peeling away to his right and sweeping a first-time left-footed finish into the far corner.

Hudson-Odoi almost had the lead doubled virtually from the restart, only for his wonderful curling effort from range to clip the bar and go over.

For all Emerson was causing chaos down the left, Chelsea second goal would come from a different source, Fabregas again clipping a wonderful ball over the top for Giroud to beat Paschalakis at the near post with a first-time volley.

At that the game was a good as over, but there was still plenty of time left for Chelsea to pile on the PAOK misery in the second half.

No sooner had Paschalakis brilliantly denied Loftus-Cheek once again that Hudson-Odoi rounded off the win with his first Chelsea goal.

The 18-year-old was allowed to advance and advance into the box without any pressure and he proceeded to curl a low effort between two defenders and beyond a helpless Paschalakis at the near post.

Maurizio Sarri's men successfully closed the game out from there, with their even time for substitute Morata to add a fourth with a poweful header from a Hudson-Odoi cross as they secured their fifth win in five Europa League outings this season.

The win leaves the 'Blues' top of Group L on 15 points, with BATE's victory over MOL Vidi in the night's other game meaning PAOK still harbour hope of reaching the knockout stages going into the final round of fixtures. 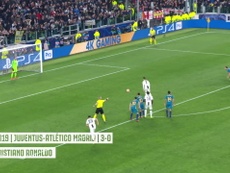 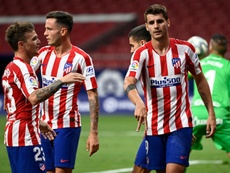 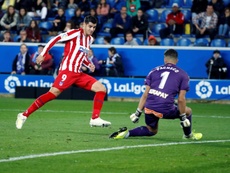 A victim tailored to Morata 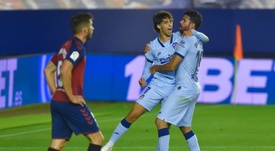 "Inter will find it difficult to get Morata from Atletico"