J. Reyes signs for Xinjiang Tianshan as a free agent

At the age of 34, the Spanish winger is swapping his native country for Xinjiang, a remote region in China's far west where authorities are accused of religious repression of the predominantly Muslim population.

Reyes, who has 22 caps for Spain and joins on a reported free transfer from Cordoba in Spain's second division, is in for a dogfight at his new club Xinjiang Tianshan Leopard.

The toothless Leopards have failed to win a game in 13 matches this season, scoring just four goals.

But they hope that Reyes, who never quite fulfilled high expectations at Arsenal after joining from Sevilla, could be the answer to their offensive problems.

Announcing his signing on Weibo, China's equivalent of Twitter, the club said that the veteran star "will arrive in China in the near future and meet the team to compete in the remaining games of the season".

China's top two leagues are on a break for the World Cup, meaning that Reyes will not make his debut until July 14 at the earliest.

After two and a half years in England with Arsenal -- during which he complained of being homesick -- Reyes joined Real Madrid, winning the Spanish league title.

He went on to play for Atletico Madrid, Benfica, his hometown side Sevilla again, and Espanyol, winning the Europa League five times in the process but without ever living up to his early billing.

J. Reyes signs for Xinjiang Tianshan as a free agent 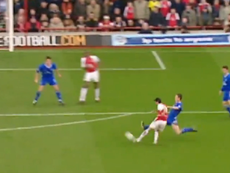 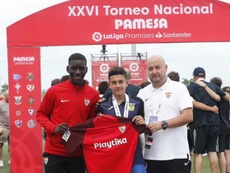 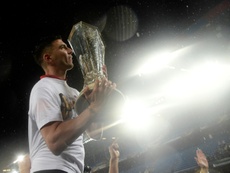 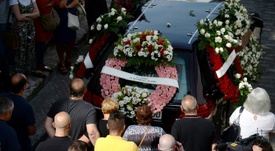 Tribute to Reyes before final