A 95th-minute Vitinho goal late Wednesday ensured the triumph for the legendary Rio de Janeiro club, reigning champions and holders of the Copa Libertadores 2019, the South American equivalent of the European Champions League.

The Campeonato Carioca state league was the first to resume in South America on 18 June after football on the continent was brought to a halt by the coronavirus pandemic.

Among the 26 state leagues in Brazil, the championship in Santa Catarina, in the south of the country, restarted last week before being interrupted three days later after the discovery of 14 Covid-19 cases among the staff and players at Chapecoense.

On Monday, the championship in Ceara, in the north-east, also resumed and other states could soon follow.

The Rio championship resumed amid controversy, with Flamengo insisting on playing while Fluminense and Botafogo, two of the city's four big clubs, threatened a boycott, saying that at the height of the pandemic football was not a priority.

Both were eventually forced to play and expressed their opposition on banners and jerseys.

Fluminense, who have 31 titles, refused to play their first two games at their normal home stadium, the Maracana, so that patients from a field hospital on the same site as the stadium could continue to receive treatment.

Thursday's match was the third "Fla-Flu", Brazil's most famous classico, played in a week in an empty Maracana. Last Wednesday, Fluminense won the Rio Cup on penalties after a 1-1 draw.

The state of Rio de Janeiro is the second most affected by the COVID-19 pandemic in Brazil, just behind Sao Paulo.

According to the latest government bulletin, at least 11,757 people have died in Rio de Janeiro, out of more than 74,000 deaths nationwide. 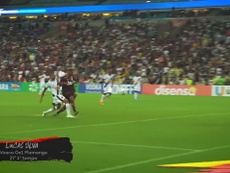 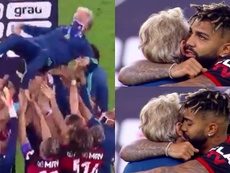 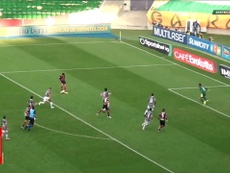 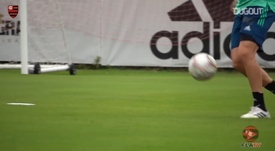