There are players who triumph under a team system and they get a great offer. However, some of them never manage to triumph in the same way, which often results in a comeback.

He spent three years at Bayern Munich. The moment he saw his playing time could suffer, he decided to return to Borussia Dortmund for the same price initial price.

Same story as Hummels, but several years earlier. In fact, just when Götze returned to BVB, the defender left.

The Brazilian, being the undisputed starter, tried his luck at Chelsea. It only lasted one season, in which he played half the time he did under Simeone. Upon his return, he became important again at Atleti.

The controversial player had a three stunt at Chelsea, but his comeback proves there is truly no place like home.

Ricardo Izecson never got to triumph in Madrid despite arriving as one of the 'Galacticos'. He returned to Milan after four seasons of ups and downs. 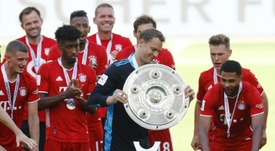