As well as keeping a clean sheet in an impressive 3-0 victory over a strong Real Betis side, the stopper also made a handful of good saves and, perhaps most importantly, oozed confidence between the sticks.

A typically energetic performance from the full-back who was involved in much of Madrid's good play against Getafe. Diligent in defence and game in attack, Carvajal topped off an impressive performance by scoring the opener.

Given the chance shine due to Raphael Varane's World Cup exploits and he grabbed it with both hands. A confident performance from the Spaniard saw him stand out more than centre-back partner Sergio Ramos.

Hermoso did everything that can be asked of a defender and more as he turned in a solid display at the back and contributed a goal as his side secured a valuable point away at Celta.

An explanation of his inclusion is hardly necessary, with his brace securing his side victory over Eibar at Ipurua in their first ever game in the Spanish top flight.

Having started the game on the bench, the Brazilian was introduced at half-time and went on to put in a dazzling display, including finding the net with Barca's second to secure the victory.

Got on the scoresheet and was involved in all of Sevilla's best stuff as they thumped newly-promoted Rayo Vallecano.

As if a brace on the opening day wasn't enough, one of Morales' strikes against Betis looks likely to be included in the Goal of the Season awards at the end of the campaign after he drove from halfway leaving a trail of defenders in his wake before slotting home with the outside of his right foot.

Different day, same Leo Messi. The Argentina showed no sign of a World Cup hangover as he scored twice and generally shone in the victory over Alaves.

The 'MVP' of the week without doubt. The Portuguese suffered a disappointing debut season with AC Milan last term but got the new campaign off to a blinder as he plundered a hat-trick in the 4-1 victory over Rayo in Vallecas.

The Welshman took up the responsibility of leading the Real Madrid attack following the departure of Cristiano Ronaldo, looking dangerous throughout and securing the victory with a second-half strike. 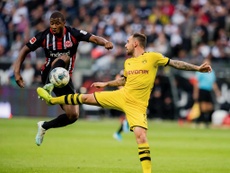 Eintracht punishes a Borussia who were winners too soon! 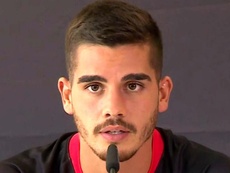 "Listening to Cristiano is a big challenge for me" 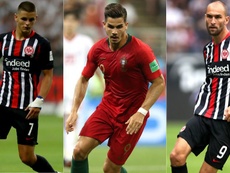 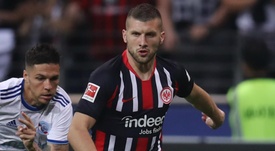