The Cairo derby between Al-Ahli and Zamalek is staged behind closed doors on Thursday, the crowd ban forcing fans like Mohamed el-Kiey to watch the game from a cafe.

Al-Ahli and Zamalek have been playing to an empty stadium since 19 Zamalek fans were killed in February 2015 and 72 Al-Ahli fans perished three years earlier.

He would go to Cairo Stadium early on match morning along with thousands of fansÂ to cheer his club hours before the teams even arrived.

But nowadays, the 32-year-old must make do with watching the game on television with friends in a cafe near his work.

"Nothing can describe the feeling for football fans as they enter the stadium and hear the chants and join in the cheering," says Kiey, an executive at a multi-national bank in Cairo.

"We are now completely deprived of that," he says.

"I used to get ready for the game days before it took place, and think carefully about which of the club's t-shirts I was going to wear," says Kiey.

"All this has disappeared... it's been robbed of Â real passion and fun," he added.

On television screens, the players' voices can now be heard in the deserted and silent stadiums.

Security authorities often step in to rearrange the match schedule in Egypt which has been mired in political and security turmoil since the 2011 uprising which toppled former president Hosni Mubarak.

Egypt is also facing an insurgency by Islamists mainly in the north of the Sinai Peninsula since the 2013 military ouster of former Islamist president Mohamed Morsi, with attacks reaching other parts including Cairo.

The location for Thursday's game, in the modest Petrosport ground on the outskirts of the Egyptian capital, was only confirmed on Sunday.

Rivalry between Al-Ahli and Zamalek has taken on a nationalistic tone since the start of the 20th century, with each club vying to appear more Egyptian after football was introduced during Egypt's occupation by Britain.

Al-Ahli enjoys overwhelming popularity in Egypt and the Arab world, with several Arab clubs carrying its name, including one in Saudi Arabia's Jeddah, one in Dubai, and one in Libya's Benghazi.

Zamalek also enjoys its own popularity, especially among African nations.

The gap is closer in Cup competitions, with Al-Ahli winning 35 times, and Zamalek 25 times.

Rivalry between the two is not limited to the domestic or Arab audience.

They compete to attract the best football stars in Egypt and the Arab world.

But the teams' recent games have not lived up to Â their former high level.

"The players' technical level was impacted due to the fans' absence," says Amir Abdel-Halim who writes in the Egyptian sports website FilGoal.

"The players lack the motivation and excitement in front of the empty stands," Abdel-Halim told AFP.

Their best recent clash was in October 2015 in Dubai in front of a large crowd with Al-Ahli winning 3-2.

As fans have been prevented from attending they have taken their support from the terraces to the internet.

"Competition between fans has moved to social media which has become virtual stands for football," says Abdel-Halim.

"Imagine a 16-year-old who is in love with Al-Ahli or Zamalek and has never experienced cheering in the stadium," says Abdel-Halim.

Despite Al-Ahli's superior overall record Zamalek have enjoyed a resurgence, taking the 2015 title and the last four Egypt Cup finals, including two against Al-Ahli.

"The chances have become more equal between Al-Ahli and Zamalek. The anticipation is still alive and the sporting interest is still there," says sports anchor Ahmed Afifi. 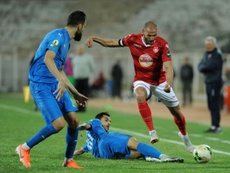 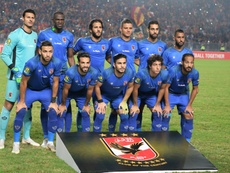 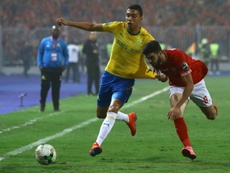 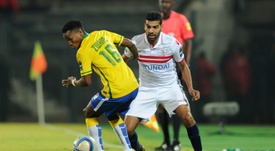