Manchester City manager Pep Guardiola says he will not rush Sergio Aguero back into action despite his side's lack of goals in the Premier League.

City's record goalscorer was an unused substitute in Saturday's 2-0 defeat at Tottenham as he nears a return from his latest injury problem.

The 32-year-old Argentine missed the end of last season and the start of the current campaign after undergoing knee surgery in June. He has since had another lay-off after suffering a hamstring injury last month.

City have scored just 10 goals in eight top-flight matches this season, though their strike record in Europe is more impressive, with nine goals in their three games.

"We want him to come back to training again so he can recover a good feeling in his knee, this is the most important thing," Guardiola said on Tuesday.

"We wait for him and take it one step at a time. We have many, many games to play this season and we'll need him. What we want is him to recover in his best condition."

City travel to Greece on Tuesday ahead of their Champions League Group C match at Olympiakos on Wednesday.

After winning their opening three matches, victory would secure their place in the last 16, leaving them free to focus on improving their Premier League form.

City have dropped points in five of their eight games so far and are languishing in the bottom half of the table, eight points behind leaders Tottenham.

"One step at a time," said Guardiola, who last week extended his contract until 2023.

"We'll try to get through (Wednesday) to qualify and at the same time, recover, come back with good feelings that we can create chances and score goals."

Captain Fernandinho has recovered from gastroenteritis and could feature while left-back Benjamin Mendy is also back in contention after injury. 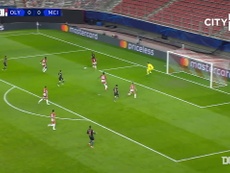 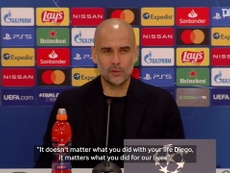 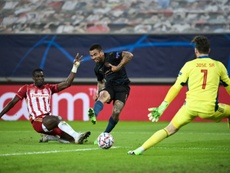 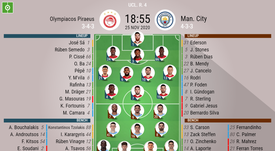