"Wilfried reminds us that when he is on top of his game, he is a very hard player to stop. He is an excellent player and deserves all the praise he is going to get. If ever I sound mildly critical he thinks I'm picking on him, but every press conference I go to he is the only player they want to talk to me about."

Here, AFP Sport rounds up how Africans fared in the major European leagues at the weekend.

Palace were leading struggling Fulham 1-0 when Andros Townsend fed Michy Batshuayi down the right and his cross was turned in at the far post by Zaha on 64 minutes at Craven Cottage. Zaha collided with a post in the act of scoring but was able to shake off the injury.

The Senegal forward played a key role as Liverpool came from behind to beat Sheffield United 2-1. It was from a rebound off his shot that Roberto Firmino equalised just before half-time. And he was involved again on the hour when his accurate cross was turned in by pre-season signing Diego Jota for the champions' winner. But he appeared unhappy late on after Egyptian strike partner Mohamed Salah missed a chance to put the result beyond doubt with a shot that hit the post rather than pass to the unmarked Mane, who could have slotted the ball into an empty net.

The Gunners' 1-0 defeat by Leicester City left their club captain without a goal in his last five Premier League games, although the Gabon forward did score against Rapid Vienna in the Europa League last Thursday.

Gambian striker Colley had a goal ruled offside after quarter of an hour in Turin as Verona held champions Juventus 1-1. The former Atalanta forward threatened to break through for his first Verona goal but was to remain frustrated in his first game against the nine-time defending Serie A champions.

Nigerian international Osimhen had the ball in the net after 17 minutes against promoted Benevento, but his celebrations at scoring for a second consecutive game were short lived with the goal was ruled offside. Napoli won 2-1 to move second in Serie A behind AC Milan.

The Nigerian international endured a torrid and ultimately rather short evening as his side drew 1-1 with Stuttgart because he was substituted after just 16 minutes having picked up a yellow card. Ehizibue was run ragged by Stuttgart winger Tanguy Coulibaly in the opening stages, and was booked for the third time in five games for a late challenge on Sasa Kalajdzic. Apparently unimpressed with his right-back's performance, Cologne coach Markus Gisdol took drastic action and benched him.

The Senegal defender almost scored an own goal in the Ruhr derby against Borussia Dortmund, heading a Jadon Sancho free-kick just inches over his own crossbar in the second half when the match was goalless. Manuel Akanji opened the scoring just minutes later, kick-starting a 3-0 win for Dortmund and condemning Schalke to a 21st league game without a win.

The Cameroon midfielder almost helped his side to a first win of the season, against Borussia Monchengladbach. With his side leading 2-1, Kunde unleashed team mate Levin Oztunali with a clever chip into the box, but the German was denied by a strong save from Swiss goalkeeper Yann Sommer. Gladbach then came from behind to win 3-2, condemning Kunde and Mainz to a fifth defeat in five games this season.

Lyon continued their revival with a second straight Ligue 1 victory, and for the second consecutive week Cameroon striker Karl Toko Ekambi scored twice. Last week in Strasbourg, Toko Ekambi struck in the 25th and 42nd minutes to set up a 3-2 Lyon victory. On Sunday, the Paris-born 28-year-old sunk Monaco between the 34th and 44th minutes as Lyon won 4-1. In the 34th minute, Toko Ekambi converted a cross from Zimbabwean Tino Kadewere at the second attempt. In the 41st minute, the Cameroon striker won a penalty that Houssem Aouar converted. Three minutes later, Toko Ekambi took advantage of a misunderstanding in the Monegasque defence to score and put Lyon four goals up. 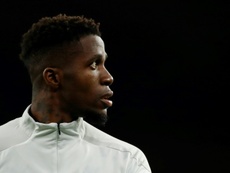 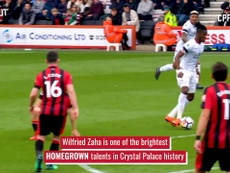 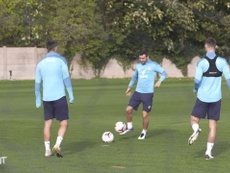 VIDEO: Zaha on fire in training as Palace prepare for Leeds 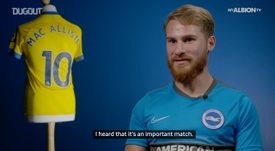