Al Hilal were "deemed to have withdrawn from the competition" after failing to name the required 13 players for their AFC Champions League (West) Group B match in Doha.

The Asian Football Confederation said in a statement that under the "special rules applicable to AFC Competitions during the Covid-19 pandemic" the Saudi giants, who had already qualified for the last 16, will not be able to take any further part in the competition.

"All matches played by Al Hilal, who named only 11 players, are considered null and void" the AFC said.

As a result, Pakhtakor of Uzbekistan and Shabab Al Ahli Dubai progress to the Round of 16 from Group B.

Competition regulations allowed for 35 players to be registered by each club, but Al Hilal registered 30 of which only 27 travelled to Doha in the beginning of the competition.

Al Hilal and the Saudi Arabian Football Federation (SAFF) had asked for the postponement of the match against Shabab Al Ahli Dubai, citing an AFC rule allowing for a delay "in exceptional circumstances".

But their request was turned down as a postponement "would have a huge negative impact on the current match schedule of the AFC Champions League (West)".

Al Hilal played Iran's Shahr Khodro on Sunday despite 15 of their players testing positive for coronavirus, after Asia's football body refused to postpone the game.

The Saudi team had "asked the Asian Football Confederation to postpone" the match at Qatar's Al Janoub stadium after tests showed that ten players had "been infected with Covid-19", adding to five players who had already tested positive.

According to AFC rules, Al Hilal were still able to play the match as 14 of their players were available, including two goalkeepers.

For the record, Pakhtakor defeated Iran's Shahr Khodro 1-0 on Wednesday and topped the group with 10 points while Shabab Al Ahli were second on seven.

Shahr Khodro lost all their matches while Al Hilal also finished pointless following the AFC's decision to void their results.

The convincing win saw Esteghlal finish second ahead of Iraq's Al Shorta on goal difference in Group A after both teams were level on five points.

Al Ahli had qualified for the knockouts earlier and ended up Group A winners with six points despite their defeat.

Teams in the group played only four matches each instead of the usual six after the UAE's Al Wahda were considered withdrawn following several Covid-19 positive tests before they travelled to Qatar.

Esteghlal required a two-goal victory margin to make the cut and they did so with some flair at the Al Janoub Stadium, one of the new venues in Qatar for the 2022 FIFA World Cup.

After a few missed chances, Mehdi Ghaedi put the Iranians ahead in the 29th minute with a powerful shot from the edge of the box following a pass from Farshid Esmaeli on the left flank.

Ghaedi, who was a constant source of menace for Al Ahli, was in the thick of the action once again in the 38th minute, but this time as provider.

The 57kg forward sent a perfect cross from the right flank for Mehdi Karimi, who got past his marker and headed home.

Malian forward Cheick Diabete then headed home a chip from the edge of the box by Karimi in the 54th minute.

Al Ahli got their best chance late in the match but Esteghlal goalkeeper Sayed Hosain foiled a powerful 30-yarder from substitute Husain al-Mogahwi. 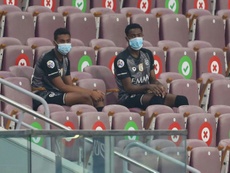 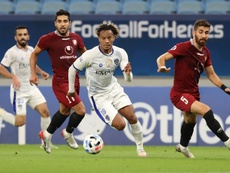 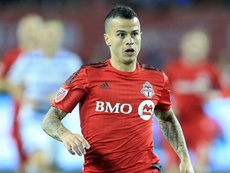 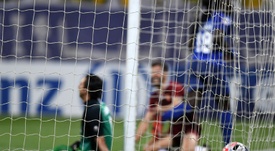