Villa out of relegation zone as Trezeguet sinks Arsenal

Aston Villa climbed out of the Premier League relegation zone as Egypt winger Trezeguet clinched a priceless 1-0 win against Arsenal on Tuesday.

Dean Smith's side have their survival fate in their own hands after Trezeguet's first-half strike at Villa Park.

Watford's 4-0 thrashing against Manchester City earlier on Tuesday had opened the door for Villa to escape the bottom three.

And Villa seized their chance with a first home Premier League win over Arsenal in 18 attempts dating back to 1998.

Villa are now fourth bottom and have moved ahead of third bottom Watford on goal difference, with Smith's men on -26 compared to the Hornets' -27.

They head to West Ham for their final game of the season on Sunday, while Watford visit Arsenal and second-bottom Bournemouth, three points from safety, travel to Everton.

There are a multitude of permutations that could decide relegation, but Villa will be safe if they can better Watford's result on what is certain to be a dramatic finale.

If Villa and Watford both win, goal difference or goals scored will decide who goes down.

Having secured an FA Cup final place by beating Manchester City on Saturday, Gunners boss Mikel Arteta made six changes and Arsenal looked a shadow of the team who impressed at Wembley.

Arsenal cannot finish higher than eighth and must win the FA Cup final against Chelsea to qualify for next season's Europa League.

They are certain to finish below north London rivals Tottenham for a fourth successive season.

Villa kicked off just minutes after the final whistle at Watford, whose captain Troy Deeney found himself in the awkward position of looking for a favour from an Arsenal team he had mocked for lacking passion in the past.

If Smith was expecting his team to use the motivation from Watford's defeat to make a fast start, he must have been disappointed by their tepid opening.

The most notable incident in the early stages was a plane flying over Villa Park with a banner that read "Back Arteta Kroenke Out" in a pointed message to Arsenal's US-based owner after another troubled season.

Villa were struggling to find any rhythm, but the drinks break offered Smith a chance to fire up his players.

Crucially, Arsenal's long-standing weakness at set-pieces reared its head again as Villa snatched the lead in the 27th minute.

Trezeguet has been Villa's saviour as the stakes have got higher and his vital goal followed his brace in the victory against Crystal Palace nine days earlier.

The 25-year-old's seventh goal of the season came from Villa's first shot on target and he had their second as well with a header that Martinez grasped gratefully.

Jack Grealish, strongly linked with a close-season move, was captaining Villa in what could have been his last home game with the club he supported as a boy.

If it was to be his farewell, Grealish almost made it a memorable one with a long-range curler that flashed just wide.

Arteta sent on the revitalised Granit Xhaka at half-time and Arsenal immediately improved.

Cedric Soares' cross found Bukayo Saka, who shot over from a good position 12 yards out, then Ezri Konsa threw himself into a brave block to repel Pierre-Emerick Aubameyang's shot.

Keinan Davis wasted a golden opportunity to seal the points when he raced onto Grealish's pass, only to drag his shot wide.

With the tension mounting, Villa rode their luck when Eddie Nketiah's glancing header hit the post and bounced back into Pepe Reina's hands. 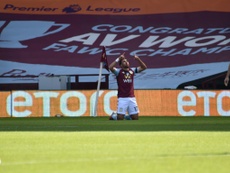 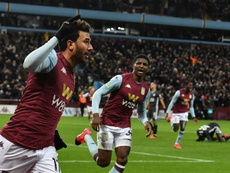 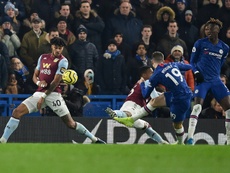 Yeah, but only by goal difference to Watford though 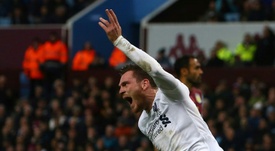