Derby County romped to the 2014 Championship play-off final after beating Brighton 4-1 in the second leg.

Derby and Brighton met in the Championship play-off semi-final second leg back in 2014 with the Rams taking a 2-1 lead going into the fixture. It was plain sailing for Derby in the second leg.

Will Hughes made it 1-0 in the 34th minute, Chris Martin doubled their lead in the 56th minute, George Thorne added a third twenty minutes before Jeff Hendrick made it 4-0 three minutes from time. Kazenga LuaLua got a consolation for the Seagulls in the 89th minute as Derby won 6-2 on aggregate.

In the play-off final, Derby were beaten by QPR as a result of a last gasp Bobby Zamora winner and Derby were forced to spend another season in the Championship. 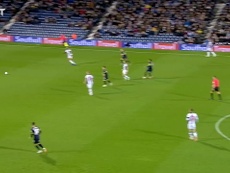 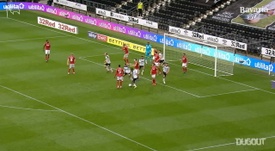