VIDEO: Behind the scenes as PSG beaten by Rennes

BeSoccer 16 days ago 332
PSG were beaten by Rennes in the Ligue 1 game. DUGOUT
Go behind the scenes of the Paris Saint-Germain match at Rennes. The Parisians suffered their first defeat of the 2021-22 season.
End
Matchday 9
Stade Rennais

The hosts took the lead just before half-time at Roazhon Park when Gaetan Laborde scored. Seconds into the second period, things got worse for Pochettino's men. Flavien Tait doubled Rennes' lead and PSG were unable to get back into the contest. Take a look at exclusive footage from PSG's 2-0 loss in the video above as we go behind the scenes! 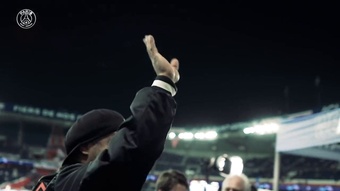