Veracruz slam Tigres after they score twice during players' strike

Players of Mexican club Veracruz went on strike in the opening minutes of a league game on Saturday, allowing grateful opponents Tigres to walk in two goals unchallenged.

Veracruz decided on the radical action of standing -- instead of running -- about the pitch to protest over unpaid wages. As a result, Eduardo Vargas and Andre-Pierre Gignac put Tigres 2-0 ahead inside three minutes on their way to a 3-1 win. At the end of the games, Veracruz sarcastically applauded their opponents who they claim reneged on a promise to respect their strike.

Veracruz are bottom of the table without a win in 13 games, having accrued just four points. Tigres are third, three points off the lead. 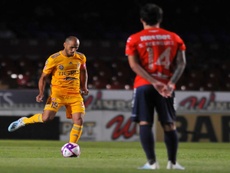 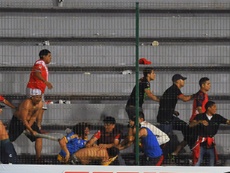 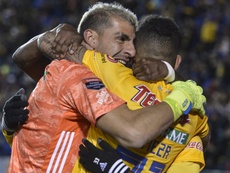 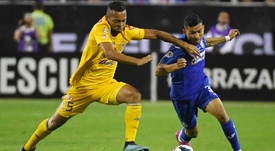