According to Ole Gunnar Solskjaer, Antonio Valencia can expect to play his final match for Manchester United on Sunday - providing he comes through training unscathed.

Ole Gunnar Solskjaer is optimistic he will be able to give Antonio Valencia the send-off the club captain deserves as he prepares for his final Manchester United appearance on Sunday.

Valencia has enjoyed a distinguished career at United, having joined from Wigan Athletic in 2009.

While some felt he was an underwhelming replacement for Cristiano Ronaldo after he left for Real Madrid, Valencia enjoyed a bright first season only for a broken ankle in his second campaign to set him back.

Although he never recaptured his best form as a winger after that injury, falling badly out of favour under Louis van Gaal, Valencia reinvented himself as a right-back in Jose Mourinho's first campaign.

But this term he has rarely featured due to various injuries and should he play against Cardiff on Sunday it will be only his second appearance under Solskjaer - and last for United.

"I spoke to Antonio yesterday [Thursday]," Solskjaer told reporters in his pre-match news conference. "He's not been fit in the five or six months I've been here. Unfortunately, he's really struggled.

"But he feels that he could play a part, yes, and I would hope he gets through [training] today and tomorrow [Saturday] and we can give him a nice send-off.

"He's been a fantastic servant to the club. He's been player of the year, he's been captain at the club and I think that's only fair."

With little left to play for as United cannot qualify for the Champions League, Solskjaer is expected to ring the changes for their final game of the season and some of their talented youngsters – such as Angel Gomes, Tahith Chong and Mason Greenwood – can expect to feature.

"You never know in football. It might be the last game [at United for some players], but it might be the start of some careers as well," he said.

"We've had some young players knocking on the door all season, really, and we'll start one or two of the kids as well." 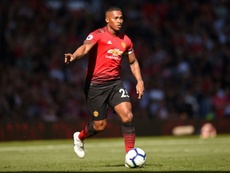 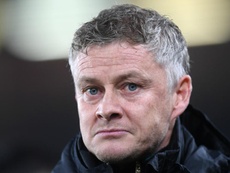 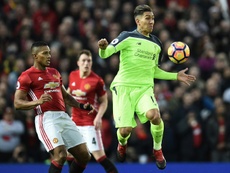 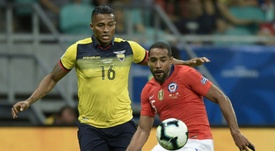 Valencia called up by Ecuador for Copa America