Ukraine has urged its citizens to refrain from travelling to Russia for the World Cup, citing "threats to personal safety", as thousands of Ukrainians plan to travel across the border to watch the tournament.

In a statement on Tuesday, the Ukrainian foreign ministry warned its nationals of a "serious" risk to their safety if they travelled to Russia for the World Cup, pointing to Kremlin propaganda inciting "anti-Ukrainian sentiments."

Ukrainian media says that even though their own team has not qualified, more than 5,000 Ukrainians have already bought tickets to see World Cup matches that will take place in 11 Russian cities between June 14 and July 15.

Over the past few years, dozens of Ukrainians have been arrested in Russia and the annexed peninsula of Crimea on what Kiev and international human rights watchdogs say are fabricated or politically motivated charges.

On Monday, a Russian court sentenced a Ukrainian journalist, Roman Sushchenko, to 12 years in a strict regime penal colony after he was found guilty of espionage.

The journalist, who worked as a Paris correspondent for a Ukrainian state news agency, was detained while visiting Moscow in 2016.

Ties between Russia and Ukraine were shredded after a popular uprising ousted a Kremlin-backed president in Kiev in 2014 and Russia annexed Crimea and moved to support insurgents in the east of the former Soviet state. More than 10,000 people have been killed in the conflict.

Ukrainians, the ministry added, can also become targets of "Russian fan groups, most of whom do not hide their hostile attitude towards Ukrainians."

"Russian law enforcement and punitive agencies resort to detentions and accusations of espionage or terrorist activities (and) carry out other provocative actions against Ukrainians," the statement said.

In April, Ukraine's football federation decided not to attend the FIFA Congress to be held in Moscow in June 12-13 on the eve of the World Cup. 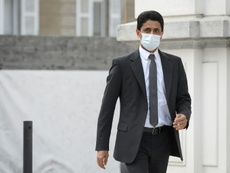 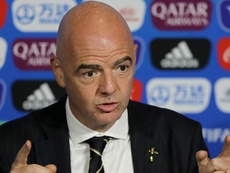 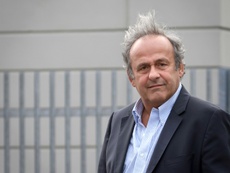 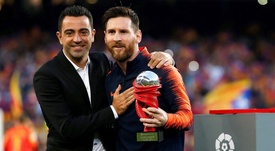