Dani Alves says winning Olympic gold is his greatest achievement in football after Brazil overcame Spain to reign at the Games once again.

Brazil secured back-to-back golds on Saturday, following on from their Rio 2016 triumph with a 2-1 victory after extra time.

Mikel Oyarzabal levelled to bring Spain back into the game after Matheus Cunha's opener but Malcolm came off the bench to capture Olympic glory.

Alves, a three-time Champions League winner who also has six LaLiga titles on his resume, proclaimed Tokyo to be his greatest success in football.

"To be sincere, yes," the 38-year-old responded when asked if this was his greatest prize. "Because the others are every year, and I have competed time and time again, but with this medal, this is my last chance. I won’t make it to Paris.

"This means a lot for me. Everybody trusted in me, and I knew this would be a once-only opportunity, to be able to enjoy this dream. It’s not every day that you become an Olympic athlete, and even less at the age of 38.

"And so I came here like everybody else, as a virgin, to this competition. I came with the boys to live the dream with them. And we have managed it, after a lot of effort and sacrifice, and we are taking the biggest prize back home, back to our people."

Captain Alves and his team-mates were reduced to tears at the full-time whistle as Brazil came out on top in a record-breaking fifth final appearance.

The last trophy missing from his illustrious collection of honours is the World Cup, so could he keep on going for his country?

"I’m a dreamer, a small dreamer, and more than a dreamer, somebody who executes their dreams," he said in response to questions about Qatar 2022.

"The most important thing is to fight, and that’s what I know what to do. I have the drive of a 23-year-old. 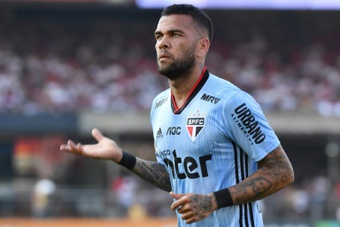 Alves says he's out for the season but not retiring 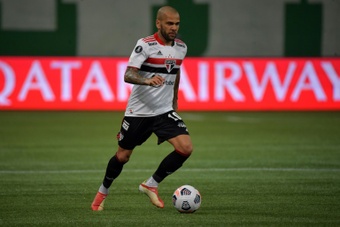