This is the mask Mariano will have to wear at Madrid

BeSoccer 19 days ago 3k
Mariano is available again. Instagram/marianodiazmejia
Ancelotti will be able to count on Mariano for the match against Granada. The Real Madrid player will have to wear a protection mask, after fracturing the bones of his nose in the game against Elche at the Martínez Valero stadium.
End
Matchday 14
Granada

Mariano is back. The Real Madrid player has recovered from his injury and is once again available for Carlo Ancelotti, who will be able to count on him for the league game against Granada.

The Madrid player underwent successful surgery on the fracture of the bones in his nose that he suffered in the match against Elche at the Martinez Valero stadium. After 16 days in the dry dock, he is now available.

This is what the newspaper 'AS' reports, which assures that sources close to the club have confirmed that Mariano will be available for the match against the Andalusian side.

However, he will have to play with a custom-made protective mask, as the bones in his face are still welding. Mariano himself shared on his official Instagram account an image of himself training with the mask on. 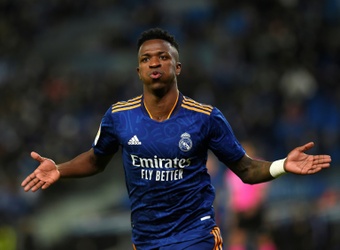 Ancelotti gets back Rodrygo and Mariano for Granada Mariano is operated with success: he will be out for 10 days 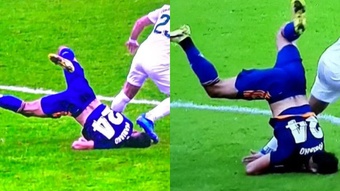 Mariano, four stitches put in and nose put back in place after nasty fall!