BeSoccer 1 year ago 1.8k
The transfer map for young players in Europe. AFP
Which championships focus most on youth? Which migration flows are most common in football? What are the biggest star fishing grounds? This ProFootballDB report on players under 23 answers all these questions and many more.

With a major deflation on the transfer market, the bet on young talent is becoming even more important. The benefits are twofold: a more affordable price and the opportunity to take on the culture of the country and the club from a very young age. We're immediately thinking of Real Madrid's fishing expedition to Brazil or the great management behind RB Leipzig's success. However, ProFootballDB has drawn the migration map of football in the big leagues.

Our sample focuses on players aged 23 and under, who today play in the top leagues taking into account their first two divisions. However, we exclude those of the same nationality from the league in question to make the results more representative. In total, we are talking about 627 players.

This study brings us some very interesting trends: which are the areas with the most demand for players, what factors push players to go from one championship to another, the favourite nationalities in each championship...

Bundesliga looks to the future

The first stop in this report is a general overview of the import into the first division of the five major leagues, which is home to 348 foreign players aged 23 and under. The Bundesliga stands out as the competition that places the greatest emphasis on young foreigners.

In Germany, there are 91 under-23s, or 26.1% of the 348 players. It is not only the competition with the most promising youngsters. They also account for 34.47% of the total number of players in the competition (264 without age restrictions). None of the other championships reaches the 30%. Therefore, Germany invests abroad and gives the product a chance. 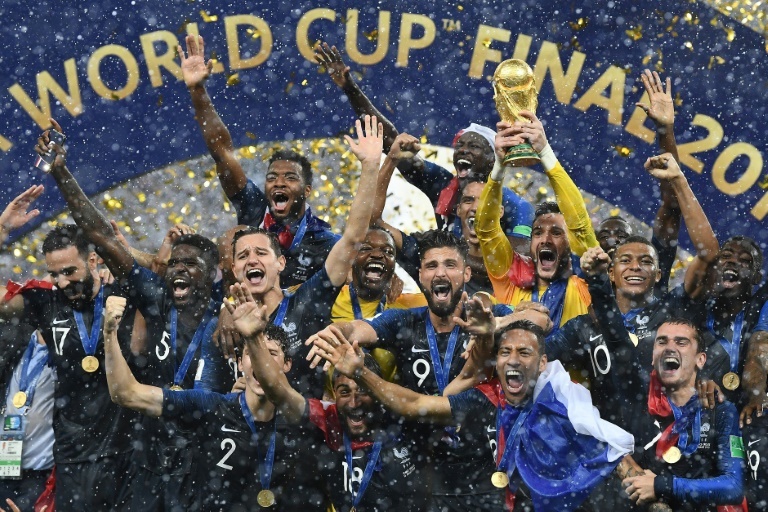 The multi-ethnic reality of League 1 and colonialism

The case of France is different, with its 62 promises. 17.8% of the players studied play there. We cannot hide its colonialist history in Africa to explain the current situation. The links remain and are passed on from generation to generation, with 28 under 23 coming from Africa. The multi-ethnic reality of the country highlights the many players with dual nationality or recruited from football schools in Algeria, Senegal, Côte d'Ivoire or Morocco.

Today, Camavinga is the perfect example of a continuous tradition that reminds us of Patrick Vieira (born in Dakar), Marcel Desailly (Ghana), but also players born in France but of African parents (Dembélé, Kanté, Fekir or Mbappé). 16 of the 23 world champions in Russia are of African descent.

If we look again at the criterion of continents and sub-continents, the situation is even clearer, since in all the major leagues, the European player is the most represented, except in Ligue 1, where he occupies second place.

To be more precise, North America and Europe rely mainly on the Bundesliga. In the other regions, this is changing, while no players from Oceania are represented.

Brazil and its bottomless pit

No player from Brazil is not represented or followed by scouts from all over the world. The precarious economic situation and the greater showcase offered by Europe and its major competitions are pushing Brazilian promises to leave their homeland to triumph. This has always been the case, although Real Madrid seems to be pursuing this policy more than anyone else in recent years.

This is reflected in the export figures in the major leagues. The Brazilians are the most represented, with 35 under 23, although followed by the French. After them, there is a gap: 18 Dutch, 18 Portuguese, 12 Spaniards, 11 Turks and 11 Argentinians.

In addition, by region, Africa sends 70 players, four from Asia and 17 from the Balkan countries (Bosnia, Croatia, Slovenia, Macedonia, Serbia and Montenegro).

In three of the five major championships, the Brazilians are the favourites. They have 11 of their U-23 players in Serie A, seven in Spain and six in France. Talent is often associated with the Brazilian player.

The Bundesliga has 14 of the 31 French players in its two divisions, almost half of them, while the Premier League has more emphasis on Portuguese youth (nine, or 50 per cent of those in the big five). Five of these Portuguese play at Wolverhampton.

Now let's take a look at which clubs in the big five championships matter most. Valencia and Real Madrid (5), Wolverhampton (8), Bologna (11), RB Leipzig (12) and Lille (10). Behind four of them lie large fortunes of foreign capital.

At Wolverhampton, it is Jorge Mendes who manages the club's sporting policy. But the Portuguese market is not the only one. The agent's network of contacts throughout Europe is extensive, and he takes advantage of the confidence of the club's Chinese owner to do and undo as he pleases.

If this model is entrusted to one man, the case of RB Leipzig, who lead the way in youth imports to the Bundesliga with 12, is quite the opposite. The economic potential of the energy drinks company has been invested from the outset with an eye to the long term. Werner, Upacemano, Konaté, Dani Olmo o Nkunku are proof of this.

If we analyze the Bologna, we see that one of the two owners is Joey Saputo, who has the same role at Thierry Henry's Montreal Impact, and whose family is one of the richest in Canada.

Similarly, the owner of LOSC, Gérard Lopez, took over the club in 2017. Skype made him a multimillionaire, while he was the owner of the Lotus Formula 1 team.

All that remains is Real Madrid, which makes its own money, while Valencia is in the hands of Peter Lim, one of the richest people in Asia, capable of creating a city (Iskandar Malaysia) and acquiring the image rights of Cristiano Ronaldo.

Reality in the second division

The second divisions also allow us to see a beautiful variety. 279 talents under 23 play there, only 59 less than in the first division. Here, the Championship sets the pace.

79 of these players (28.3% of these championships) play in the English second division. Although many are from the UK (eight Irish and eight Welsh), seven are from France. The attachment is inherent in the culture of the country.

Serie B is in second place, with 69 different countries (24.7%). Here the top 3 brings much more diversity, which means a more open bet, but the African presence is also evident. There are six French and four Ghanaians. Further on, we find, with three representatives, Guineans, Senegalese, Ivorians, Belgians and Croats.

League 2 and the German Second Division are almost neck and neck with 48 and 46 imports, which offers almost identical averages (17.2% and 16.5%). However, we find a big difference between the prototype of investments.

In France, we find many African players. There are six Senegalese, five Ivorians and four Cameroonians. The Germans bet more on Europeans with six English, four Austrians and four Swedes.

The Spanish second division is the least represented by foreigners, as only 37 young players are not Spanish (13.3%). In Spain, confidence in the local product is greater. South America is represented in the Segunda, with four Uruguayans and four Brazilians. The third most sought-after country is French, with four.

In conclusion, the French are the most sought-after in the second division. Only the 2nd Bundesliga seems to rule out this mercato.

Importing to exploit talent or to sell it?
As a complement to this study, we went back five years and analysed where the exports from the major leagues go and asked ourselves whether the clubs buy to sell or to make the investment on the pitch profitable.

Firstly, the English are establishing their comfort zone in their domestic competitions. 95 players have been sold from the Premier League in the last five years, and 81 of them, 85.26%, are foreign. The 72 youngsters currently in England know where they stand.

At the other end of the scale is France, which has only sold 51.09 per cent of its foreigners in the last five years. It's a league that likes to sell its own talent. That's something a club like Sevilla have been able to detect.

We have the same feeling in Spain, where 67 players were sent away and 37 of them were foreigners.

In both Italy and Germany, the tendency is to sell the majority of foreigners. If you combine that with the fact that they are the leagues that rely most on young foreigners, they are the two main gateways to continental football in the coming years.