Two brilliant free-kicks from Joao Moutinho helped Portugal to a 4-0 friendly win over Cyprus in Estoril on Saturday.

The Monaco midfielder swept in two near-identical efforts in the first half to send Fernando Santos' side on their way to victory before substitute Pizzi and Andre Silva netted after the break.

Portugal's four-match winning run ended in March when they were beaten at home by Sweden but this was a far more encouraging performance, even in the absence of Cristiano Ronaldo, who is on Real Madrid duty for Saturday's Champions League final.

Portugal face Latvia in World Cup qualifying next week looking to take a big step towards Russia in 2018 with a fifth win from six Group B games.

The European champions needed only three minutes to break the deadlock, as Moutinho's sublime free-kick from 25 yards out crashed down off the crossbar and over the goal line, with Antonis Georgallidis apparently having expected the ball to sail over.

Jose Fonte's flick was saved at the near post by the Cyprus goalkeeper and Andre Silva was inches away from turning Eliseu's cross goalwards, as Portugal continued to dominate the first half without adding to the scoreline.

New Manchester City signing Bernardo Silva forced Georgallidis into a fine reflex save after another bold run from left-back Eliseu, before Nani - captain in the absence of Ronaldo - glanced a free header over the crossbar.

But there was a sense of deja vu for Georgallidis three minutes before the interval, as Moutinho whipped another stunning free-kick from a similar distance into the visitors' net to make Portugal's lead comfortable.

Portugal got their #ConfedCup preparations off to a winning start, recording a 4-0 home victory in a friendly against 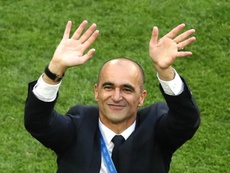 Martinez: Belgium deserve to win Euro 2020... but it's not that simple 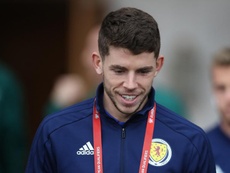 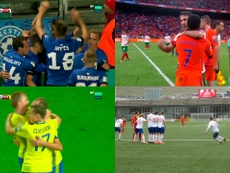 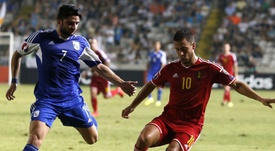 Wilmots: Hazard was the worst!