The 2022 World Cup is now just 12 months away, with qualifying entering its closing stages following a series of crunch November clashes. Difficulties still await Italy and Portugal – the past two European champions – in the play-offs, but most of the other big names are well on their way if they have not already confirmed their place in Qatar.

So, how are the expected contenders shaping up? We investigate.

Having finally ended his long wait for a senior international honour at this year's Copa America, Qatar looks like Lionel Messi's last realistic chance to guide Argentina to World Cup glory. They last triumphed in 1986, in the days of Diego Maradona.

But the brilliant Barcelona form that has been the bedrock of Messi's outstanding career is no more. Since clinching the Copa, the forward has left Camp Nou for Paris Saint-Germain and played just 595 minutes across eight games at club level, scoring three goals and assisting none. Heading into this weekend, he had yet to net in Ligue 1.

At odds with the rest of his career, Messi has briefly become one of those players who performs better for country than for club, scoring four goals in seven games for Argentina in the same period, even allowing for the minutes spent regaining fitness in November. But the national team must be concerned Messi's unconvincing displays and shaky recent fitness record hint at a decline that could continue for another year before he gets an opportunity to lead a global title charge.

Although Argentina undoubtedly have other highly talented players – Messi was one of four to make the Team of the Tournament as they become South American champions – it is tough to imagine a successful Albiceleste side without the great number 10 at the heart of it.

Roberto Martinez's Belgium remain the world's top-ranked team, but it feels like their window for a first major title might now have passed. Martinez took charge after Euro 2016, where a stacked squad lost to Wales in the last eight, yet he has found a glass ceiling, finishing third at the 2018 World Cup and fourth at the 2020-21 Nations League either side of another quarter-final exit at Euro 2020. Since a disappointing performance at the Nations League Finals, Martinez has been linked to a host of club roles – albeit he is expected to stay put until Qatar.

Although Belgium's 'Golden Generation' have maintained their position at the top of the game despite an ageing defence, there are worrying signs their key attacking players could also be on the wane.

Through a combination of injuries and poor form, Eden Hazard has not looked the same player since he left Chelsea for Real Madrid. Kevin De Bruyne, also beset by fitness issues and below-par outings of late, will hope not to follow the same path. Both he and Romelu Lukaku must still be at their peak to give the Red Devils a chance.

Brazil were outclassed by Belgium in the quarter-finals in Russia but have lost just three matches since then. One of those was in this year's Copa final against Argentina, although the Selecao also won the competition in 2019. Unlike previous Brazil teams, Tite's side are built on the strength of their defensive record. They have kept 28 clean sheets since the 2018 World Cup, conceding just 16 times in 42 games, with 11 shutouts in 2021 alone.

However, that solidity comes at a price. Brazil are scoring at a relatively unspectacular rate of two goals per game, including netting only two in their three Copa knockout games in July and just one across two November qualifiers.

Neymar will have a key role in producing those timely moments of magic and should not be short of motivation heading to Qatar, having suggested this will be his last World Cup. The forward has excelled on the world stage before without taking Brazil all the way.

As so often, England have qualified with relative ease, benefiting from a kind draw, but will not face a true test until the tournament comes around.

That means a wait to see if Gareth Southgate can make the necessary tweaks to turn the Three Lions from nearly men into champions, with the midfield a key area of focus having ceded the lion's share of possession to Italy in the Euro 2020 final, to the Netherlands in the 2018-19 Nations League semi-finals and to Croatia in the 2018 World Cup semis. The continued development of Declan Rice and Jude Bellingham should encourage optimism.

But England also find themselves in a position, like Argentina, where the performances of their talismanic captain are suddenly a concern – at least at club level.

Harry Kane has so far this season used the international breaks as sweet relief, quickly closing on Wayne Rooney's record goals tally by scoring in 15 consecutive qualifiers up to September and notching seven in November alone, but there is a break now before March's fixtures and the forward simply must rediscover some sort of form for Tottenham and add to his single Premier League goal in order to return to the England fold in good nick.

Welcoming Karim Benzema back into a frightening front line, France appear to have an even more impressive line-up than at the previous World Cup, where they emerged as champions.

Benzema has already directly combined for five goals with Kylian Mbappe and one with Antoine Griezmann, who has in turn linked up once with Mbappe. The trio netted nine of France's 10 goals this month, while Mbappe had assists for each of Benzema's strikes at the Nations League Finals as both players scored in both matches and Les Bleus twice came from behind to take the title.

Yet those prior deficits and the six goals conceded at the Euros hinted at the weaknesses in this France side, as Didier Deschamps is still working on his new 3-4-1-2 formation.

The composition of the midfield in that team is crucial, and N'Golo Kante was missing against Belgium and Spain before Paul Pogba suffered an injury prior to the November fixtures. France have no shortage of quality but may not head to Qatar as the most settled unit.

It was clear Joachim Low's Germany tenure was reaching its natural conclusion before he announced his departure plans in March. That the team followed up a group-stage exit at the World Cup by stumbling through their pool at the Euros before exiting to England only further illustrated that this was the right decision. But Germany know all about recovering quickly from such setbacks; they seemed to reach rock bottom at Euro 2000 and were in the World Cup final two years later.

Now Hansi Flick, having set Bayern Munich back on course, is excelling again with the national team, becoming the first Germany coach to win his first six matches in charge – a sequence that now stands at seven and counting. The team's last longer winning run ended at 12 games in 1980.

Germany were the most aggressive pressing side in Europe during qualifying, this despite naming their oldest XI in more than 21 years in a recent qualifier against Liechtenstein. Striking this same balance between energy and experience will be key in Qatar.

Spain have come a long way since the last World Cup, where they appeared to be in crisis from start to finish, eventually exiting to hosts Russia on penalties.

Luis Enrique's subsequent work across two spells has made them contenders again, reaching the last four at the Euros – only to again fall foul of a shoot-out – and briefly leading France in the Nations League final. The emergence of Ansu Fati, Pedri and Gavi over the course of these campaigns provides a major cause for long-term optimism, too.

However, injury issues have kept that trio from ever featuring together for their country; in fact, Fati, Pedri and Gavi are yet to play a single minute together for Barcelona. They were three of 39 players to appear for Spain in qualifying, showing the depth of talent at Luis Enrique's disposal. Within that group, however, there is not a prolific goalscorer – a major concern with 12 months to go. 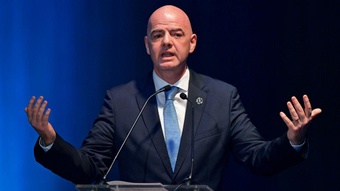