Sevilla announced this Sunday that they will extend their current coach's contract until 30th June 2024.

Sevilla made public the news this Sunday that coach Julen Lopetegui has extended his Sevilla contract.

The Andalusian side confirmed it in a very brief statement: "Sevilla and Julen Lopetegui have reached an agreement with the Basque coach for another two seasons, extending his contract with the club until 30th June 2024.

Lopetegui's contract was due to expire in 2022, but club and coach have decided to modify the contract. They have taken into account the pandemic and the Sevilla's boss great first season. He got them back into the Champions League and won the Europa League again. 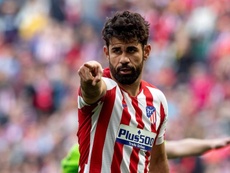