Juventus have officially completed the signing of Real Madrid star Cristiano Ronaldo, bringing an end to his nine-year stay in Madrid.

The Portuguese stunned onlookers following the Champions League final win over Liverpool as he hinted that his time at the Bernabeu may have run its course.

Many people considered that to be a contract renewal tactic, but it has proven to be genuine after Real Madrid announced the departure of their star man on Tuesday.

The Spanish giants took to their official Twitter account to announce that the 33-year-old would be joining Italian champions Juventus.

Real are expected to receive a fee of €104m for the prolific Portuguese, with the player set to earn €30m per year for the duration of his four-year deal.

"Real Madrid C.F. announce that, according to the will of the player and the request made by Cristiano Ronaldo, the club have agreed his move to Juventus," a statement read.

"Today Real Madrid would like to thank a player who has shown that he is the best in the world and has defined one of the best eras in the history of our club and of world football.

"Aside from the individual honours, the trophies won and the triumphs on the pitch during the last nine years, Cristiano Ronaldo has been an example of dedication, hard work, responsibility and self-improvement.

"He also became Real Madrid's all-time record goalscorer, with 451 goals in 438 games. In total, he won 16 titles, including four Champions Leagues, three of which came in consecutive seasons and four in the last five years. On an individual level, as a Real Madrid player he has also won four Ballon d'Ors, two The Bests and three Golden Boots, among a host of other gongs.

"Cristiano Ronaldo will always be a symbol of Real Madrid and a reference point for future generations.

"Real Madrid will always be his home." 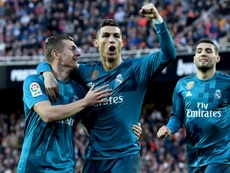 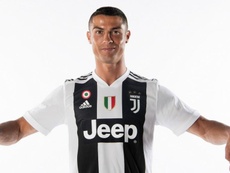 De Laurentiis: 'Cristiano is getting on a bit' 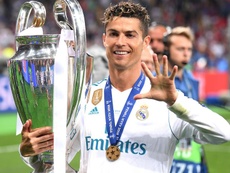 The midget is still dia

Boss is going dia to make the difference as usual

My man go for the challenge trust me u can make it. big congrats 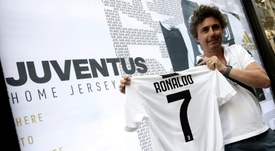 Allegri speaks for the first time since Ronaldo arrival