He is the first 16-year-old to play for Germany's Under-21s, and hit the net twice in the first half as the visitors raced into a 5-0 lead at the break in Serravalle in a European Championship qualifier.

Last season Moukoko broke the record for the youngest player to appear in the Bundesliga, the day after his 16th birthday. He then became the youngest to play in the Champions League, aged 16 years and 18 days.

He also claimed the record as the Bundesliga's youngest goalscorer when he struck in Dortmund's 2-1 defeat at Union Berlin last December, lowering the previous record by more than a year.

He has scored three goals for Dortmund in 17 appearances in Germany's top flight.

Mentioned in the news story
U21 EC Qualifying 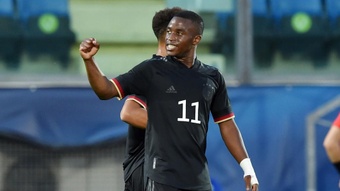 Moukoko motivated by latest record but insists: I still haven't achieved anything 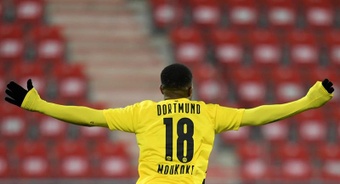