Mohamed Salah is a Liverpool legend. In the match against Everton in the Premier League, he proved it by scoring his 100th goal with the team. The goal was a beautiful finish: the Egyptian took a quick volley to beat the Pickford, from an unexpected deflection at that.

Salah is a legend, the Egyptian legend of Liverpool. He has scored a remarkable 100 goals total for the team in the Premier League derby against Everton. His goal put Klopp's side ahead in a 1-1 draw.

Pickford did not see his shot coming. After a rebound in the area, he took a volley that nobody expected and placed it very close to the far post of the goalkeeper. The goalkeeper, though stretched, was unable to reach the ball even with his fingertips.

The goal came at a great moment to put the Reds ahead in the derby and the side celebrated with him.

Four seasons have been enough for Salah to break the 100-goal barrier at Liverpool. He arrived in 2017-18, where he broke the record with 44, and continued to pose a threat over the next two years until he became a legend and a key part of Klopp's side. 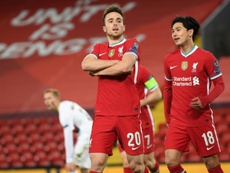 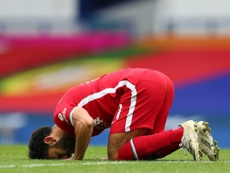 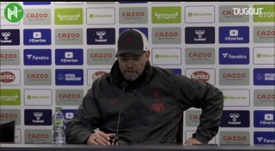