Hao is China's all-time leading international goalscorer, hitting 40 goals in 106 matches and spearheading the country's attack at their only World Cup appearance in 2002.

However, videos appeared online from Thursday -- the anniversary of China's deadly Tiananmen crackdown in 1989 -- which will wreck Hao's legacy and put him in the crosshairs of the Beijing government.

Some videos emerged on YouTube, which is banned in China, and he seems to have teamed up with fugitive Chinese billionaire Guo Wengui, another arch-critic of China's rulers, and Donald Trump's former right-hand man Steve Bannon.

Asked about the clips, Chinese foreign ministry spokesman Geng Shuang said: "I have no interest in commenting on this kind of absurd speech and farce."

It was not clear where or when the videos were made, but the 50-year-old Hao has previously shown pictures on social media of life in Spain.

Hao was previously active on China's Twitter-like Weibo, where he had amassed 7.5 million followers, but his account was disabled on Friday.

"Due to complaints about violations of laws, regulations and the relevant provisions of the 'Weibo Community Convention', this account is now unavailable," a message said.

It was the same for his wife Ye Zhaoying, a former world champion and Olympic bronze medallist badminton player.

Chinese media made no mention of the videos, some of which Ye was also in.

The former striker Hao, who had an unsuccessful stint with Sheffield United before retiring as a player in 2008, has long been a controversial observer of the state of Chinese football.

He has questioned the move to use naturalised players in the under-performing national side and in April hit out at the sacking of Guangzhou Evergrande winger Yu Hanchao. 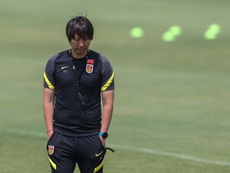 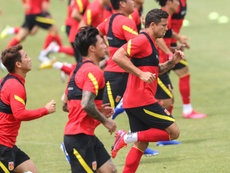 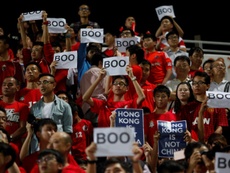 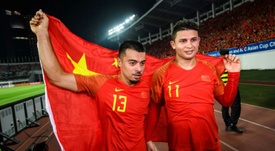