Tottenham Hotspur star Son Heung-min captained South Korea for their first competitive men's match in Pyongyang, but it was an odd affair with no fans or media at Kim Il Sung Stadium.

FIFA president Gianni Infantino was one of the few people in attendance for the rare game between the two Koreas, which remain technically at war. He was one of the lucky ones -- South Korean fans will be unable to see the game until the delegation returns from Pyongyang with a recording of the game on DVD.

On a busy night of qualifiers for Qatar 2022, Marcello Lippi's China were also frustrated as they were held to a scoreless draw away to the Philippines. But there was more action elsewhere as Adam Taggart, Jackson Irvine and Harry Souttar scored two apiece in Australia's 7-1 rout of Taiwan. Taggart scored twice in seven first-half minutes in Kaohsiung -- his first goals for Australia in six years, after injury threatened to derail his career.

The Suwon Samsung Bluewings forward nodded the opener from Rhyan Grant's diagonal cross, and then had a simple finish after Brad Smith and Awer Mabil's neat interchange on the left. Chen Yi-wei pulled one back for the hosts before Irvine grabbed two goals of his own, the first from a cool half-volley and the second with a close-range header. Souttar got the third Australian brace of the night, either side of Jamie Maclaren's strike, to complete the demolition job.

Elsewhere, Japan's Takumi Minamino scored twice and Takuma Asano got the other as the Samurai Blue defeated Tajikistan 3-0 in Dushanbe. Iraq's 4-0 thrashing of Cambodia was highlighted by Amjad Attwan's belter which flew 25 yards and into the top corner past goalkeeper Keo Soksela.

Southeast Asian champions Vietnam humbled Indonesia 3-1 away and Uzbekistan beat Singapore by the same scoreline, thanks to Eldor Shomurodov's second-half double. And Ekanit Panya's far-post finish secured a 2-1 win for Thailand over the United Arab Emirates as they kept pace with Vietnam at the top of Group G. 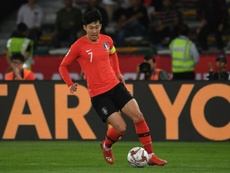 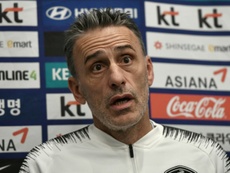 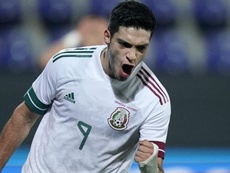 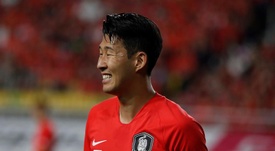