BeSoccer 16 days ago 597
Hazard could miss the game with Shakhtar. AFP
Real Madrid are keeping a very close eye on Eden Hazard. Belgium released him as he has a strain in his right leg. Despite the fact his injury is not as bad as first feared, the attacker is a doubt for the match against Shakhtar Donetsk.

Eden Hazard is injured once again. He keeps on being in the headlines for the wrong reasons.

Fortunately for Hazard, this time it was just a scare. Real Madrid are relatively calm because the Belgian has only suffered a strain in his right leg. Belgium let him go back so he could return to the Spanish capital, now with his club.

Despite the fact the injury is not as bad as first feared, Real Madrid will examine him in detail. In the meantime, he is a doubt for the game against Shakhtar Donetsk, according to 'Deportes Cuatro'.

Real Madrid will not play next weekend. La Liga postponed their match against Athletic Bilbao, so the Champions League game on Tuesday is their next fixture.

Madrid are hoping that Hazard's injury is nothing and that he can play the game without any problems. The attacker has full confidence in Ancelotti and he promises to look after himself 100% to be ready for the Champions League game.

Real Madrid's medical services, as well as Eden Hazard, will be the ones who determine whether he will be fit or not for the game against Shakhtar. The club are crossing their fingers hoping that will be the case. "Carvajal and Hazard are back for 'El Clasico" Another day out for Hazard 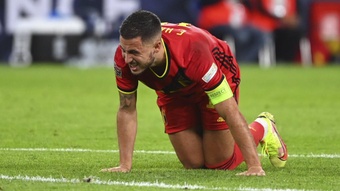 Real Madrid and Belgium breathe easy: Hazard only has strain 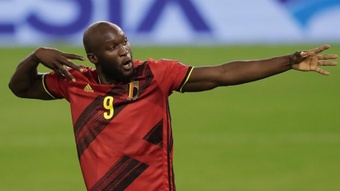