The Belgium midfielder produced a dominant display to inspire City to a comfortable 3-0 away win over Arsenal in the Premier League on Sunday.

The two-goal star played in a more advanced role and, while lauding his passing, Guardiola acknowledged the benefits of De Bruyne being shorn of defensive responsibility.

"Kevin made an incredible two goals and an assist," Guardiola said in his post-match news conference.

"He is an extraordinary player so we don't discourage his quality. He sees passes and action that normal humans can't see, having a special vision and assists".

"Always we speak to him, 'You have to score more goals', and today he scored two incredible goals and got an assist for Raheem Sterling".

"Kevin can play in different positions, but, of course, when they can think more in attack and less in defence, it is much better."

Guardiola was satisfied with the performance of Phil Foden, who made his first Premier League start of the season against Arsenal.

City frequently looked to hit the hapless Gunners on the break, though, which Guardiola suggested did not suit the 19-year-old's game.

"We make the actions for the counter-attack but not as much ball possession, so that's why he did not touch the ball too much".

"Always when he has the ball, he does another extraordinary thing. He is a great player".

"He did what he should do and helped us to win the game, especially in the first half. He’s so clever with his passes and so on." 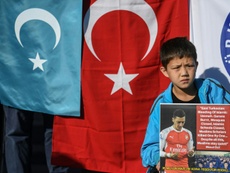 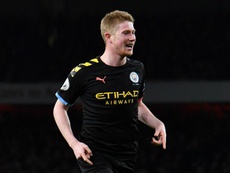 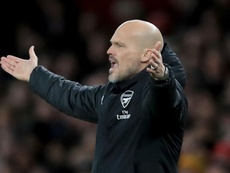 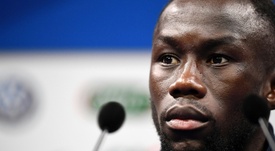 "Arsenal is a circus"