According to 'La Nazione', the team from Tuscany have a plan B in case they are unable to get Matteo Politano from Inter Milan. That would involve bringing back Kalinic.

Things are not going right for Nikola Kalinic at Roma. He does not seem to have fully adapted to life in the Italian capital after being loaned out by Atletico Madrid. So far this term, he has played just 180 minutes, split across five matches and he has started just two.

Fiorentina are apparently after the Croatian as they are looking for reinforcements to steer them away from the bottom half of the table in the second half of the season. At least, that is what 'La Nazione' says.

That said, for the team from Tuscany, the priority continues being Matteo Napolitano. Another matter is what ends up being agreed because Inter Milan seem unlikely to reach an agreement with 'La Viola'.

Kalinic is hoping to find a new club at 31 where he can still be an important player. His contract at Atletico expires in 2021, but 'Los Colchoneros' could loan him out again given what has happened so far this term. 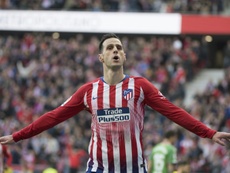 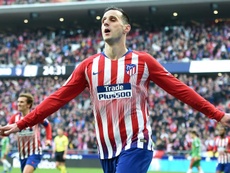 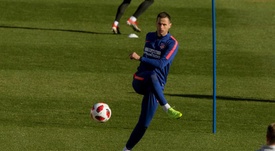 Kalinic, a transfer to Roma