Here we take a look ahead of the Group G game between Belgium and Tunisia at the Otkrytie Arena in Moscow. Kick off: 2pm (CET)

The Red Devil's initially struggled to break down a resilient Panama team in their first outing, enduring an intensely physical game which was a matter of complaint for Belgium players including Eden Hazard. However, having opened the scoring against the Central Americans courtesy of a classy volley from Dries Mertens, the side slotted home a further two goals as their main striker Romelu Lukaku sealed the three points.

Belgium are still without experienced defensive pairing Vincent Kompany and Thomas Vermaelen, so Celtic defender Dedryck Boyata is expected to continue alongside Toby Alderweireld. Elsewhere, Belgium's options up front as part of a star-studded attack are all fit and available, despite some earlier concerns over Eden Hazard.

The North African side fell to a late goal from Harry Kane against England in their first match of this year's tournament, but will have been encouraged by their ability to keep a rampant opposition from dealing out a thrashing, particularly in the first half. Should Tunisia pull off a shock win in this one, it would give them a great opportunity to reach the last 16 for the first time in the nation's history.

Goalkeeper Mouez Hassen has been ruled out of the tournament due to an injury sustained in their first match, which left him in tears as he left the pitch. Farouk Ben Mustapha will replace him as he did against England. At right-back, it is thought that Oussama Haddadi may replace Ali Maaloul.

Belgium's manager Roberto Martinez on what his team will face:

"They have a lot of bravery and they're very dynamic.

"The players have a good understanding between each other and they can bring energy and intensity on counter-attacks. They play direct, efficient football.

"We respect Tunisia's threat but they're a team that need to come out and win the game, so they'll make it very, very open."

Tunisia's coach Nabil Maaloul on what is at stake in the game:

"We can feel the pressure now following the loss in the opening game and obviously the Belgium team is one to be reckoned with.

"We have to win tomorrow, we have no other choice. When we drew this group, we knew very well that Belgium were very strong but we are ready and hopefully we will be able to avoid the mistakes we made against England."

Tunisia haven't won a match in a major tournament since their debut at the 1978 World Cup, beating Mexico 3-1. 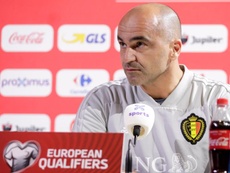 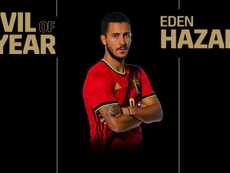 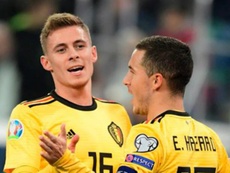 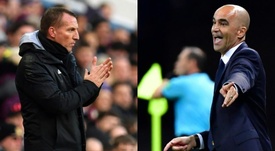 Roberto Martinez and Brendan Rodgers said "no" to Arsenal

"I see Eden Hazard winning the Ballon D'Or, he is the Michael Jordan of football"