Borussia Moenchengladbach failed to return to the top of the Bundesliga on Sunday after Max Arnold's thundering injury time volley consigned them to a 2-1 defeat at Wolfsburg.

Moenchengladbach arrived at the Volkswagen Arena knowing a third straight win would send them back to number one spot above Leipzig who hammered Fortuna Duesseldorf 3-0 on Saturday.

Arnold's effort 42 seconds into added time came after Breel Embolo had responded for the travelling side following Xaver Schlager's opener within the first quarter of an hour. Things started poorly for the visitors, who looked off the pace after their midweek Europa League exit. The hosts opened the scoring after 13 minutes, with Schlager side-footing into the net from close range to score his first of the season.

Gladbach hit back two minutes later however, with Switzerland forward Embolo smashing in a looping cross from Alassane Plea at the back post to make it 1-1. From there, the encounter turned scrappy, with six yellow cards handed out, three in each half, as each side pushed for a winner.

With the clock winding down, Arnold met a poorly cleared ball at the edge of the box and struck the ball cleanly past goalkeeper Yann Sommer to claim the three points. The Wolves move above Hoffenheim to eighth place, while Gladbach fall back to second after 10 weeks on top of the table and are now two points behind leaders Leipzig.

In Sunday's late game, Schalke take on Eintracht Frankfurt with the chance to leapfrog Bayern Munich into fourth place, the last Champions League spot, with a victory. 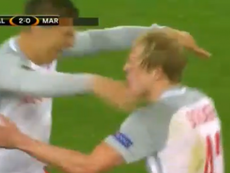 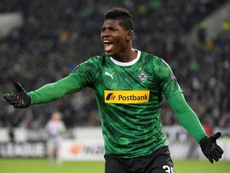 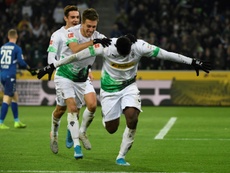 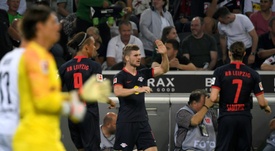 Reus puts the Bundesliga on a plate for Bayern