BeSoccer 11 days ago 2.1k
Danilo says every club will miss Cristiano Ronaldo. AFP
Danilo spoke to 'Goal' and he admitted that Juventus are missing Cristiano Ronaldo. He is not at all surprised and he said that the same thing would happen to other teams which let him go as there is no one more lethal than him.

Last summer, Cristiano decided to leave Turin behind. One of his former clubs, Man Utd, offered him the opportunity to return and he did not even think after.

Danilo confessed that Juventus were very badly affected by his departure. "We'll miss Cristiano, of course," he told 'Goal'. That said, he said that the club would continue without him: "Juve have the capability and the DNA to once again bounce back with work and sacrifices."

The footballer believes that any team the Portuguese leaves will inevitably notice his departure once he decides to leave. "Any team in the world will miss him. Years have gone by and he's still lethal," he comented.

The Brazilian said he had learnt a lot from Cristiano. "He's extremely competitive, he taught me a lot. I was very close to him at Real Madrid and even more so at Juventus. We're in contact and we wish each other luck before the games," he concluded. 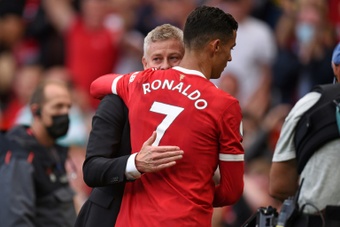