Bayern Munich calculated on Friday that victory in the European Supercup had given them the record for most consective wins by a club from one of the continent's 'big five' leagues.

Premier League clubs have long looked to France for young talent and the Saint-Etienne defender Wesley Fofana is just the latest unpolished diamond who could be set to head to England in a big-money move.

Unlucky 13 for Guardiola as injuries mount for Man City 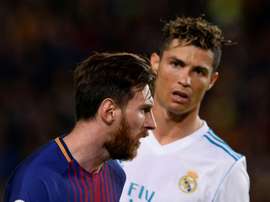