The 30-year-old's efforts ensured top position in Group F for Ulsan with 13 points from five matches, while FC Tokyo are locked in a battle for the second qualifying spot with Shanghai Shenhua.

Ulsan though were in for a massive shock immediately after kick-off when Tokyo's Kensuke Nagai scored in the first minute from a seemingly routine move on the right flank. Shuto Abe poked the ball into the path of the advancing Nagai, who capitalised on uncertain Ulsan defending with a measured low drive that beat goalkeeper Jo Su-huk via the upright.

Although Tokyo held the lead, it was Ulsan who largely dominated the match, keeping the Tokyo defence on edge constantly. But after several attempts at goal, the equaliser came only in the 44th minute as Yoon curled in a free-kick from 25 yards following a foul on him by Joan Oumari. Ulsan never lost their grip on the match after the resumption and sealed the win in the 85th minute, Yoon profiting from an assist by Won Du-jae and slamming the ball past Tokyo goalkeeper Go Hatano for his fourth goal of the tournament this year.

"I'd like to congratulate our players for qualifying for the next round. I am so happy," said Ulsan Hyundai coach Kim Do-hoon. "We conceded an early goal and tried to recover it as quickly as possible, which was a good point for us. We fought as one team."

Meanwhile form team Beijing Guoan maintained their unbeaten run at this year's competition with their fifth consecutive win in Group E, easing past FC Seoul 3-1. Beijing had already qualified with two matches to spare, but didn't take their foot off the pedal on Monday as goals from Jonathan Viera and Renato Augusto gave them a 2-0 advantage at half-time.

Yun Ju-tae pulled one back for Seoul in the 89th minute but Zhang Yuning put the issue beyond doubt for Bruno Genesio's men with a stoppage-time effort. "Today's match, before the game, I asked the players to play with a serious attitude and respect the opponents," said Genesio. "We played well and we knew we had to fight hard and score goals. Even after we conceded (late in the second half), we responded by scoring again."

Seoul coach Lee Won-jun was despondent after his team fell nine points behind Beijing, although they are still in second place. "After the defeat to Beijing in the first match I told the players to play without pressure, which they did today," said Lee. "But they also committed some mistakes and we were punished by three goals." 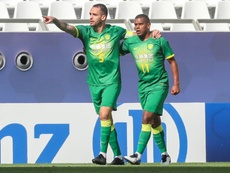 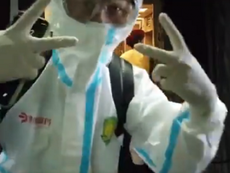 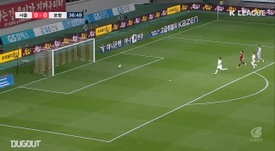